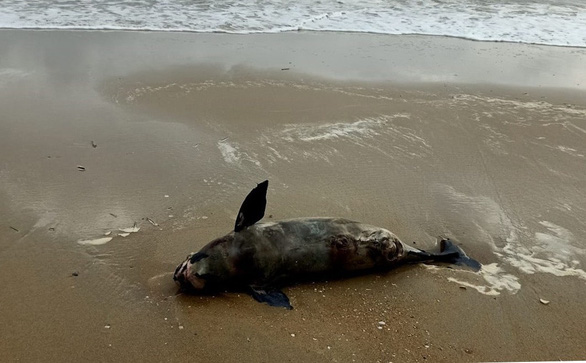 Four dolphin carcasses have washed up on the beach in central Vietnam in the past week, according to a local official.

Nguyen Xuan Luan, chairman of the Tam Tien Commune People's Committee in central Quang Nam Province, confirmed on Saturday that local residents had managed to bring a dolphin body from the beach to the mainland for burial.

The dolphin, measuring 1.5 meters long and weighing around 50 kilograms, had been found ashore by a fisherman at around 9:00 am the same day.

In just a week, the commune has recorded four dead dolphins drifting along the local beach.

“All of the carcasses were small in size and light in weight,” Luan said.

Vietnamese people living along the coast traditionally revere whales and dolphins, and consider them guardians of fishermen.