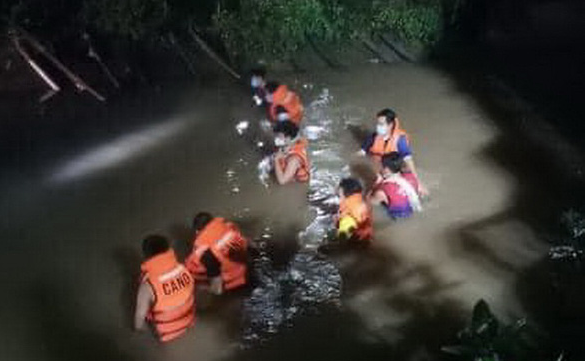 Two siblings, aged six and four, have been confirmed dead of drowning as they were swept away by fast-flowing water while playing around a canal in the south-central Vietnamese province of Ninh Thuan on Tuesday afternoon.

The body of the six-year-old boy, L.A.Kh., was only found late on Tuesday evening.

While Kh. and his four-year-old sister, L.N.T.N., were playing in front of their house in Xuan Hai Commune, Ninh Hai District on Tuesday afternoon, they slipped and fell into the Bac canal and were swept away by the strong water.

The rescue force of Xuan Hai Commune and local people tried using a net to search for the two children downstream the canal.

It was not until the evening of the same day that rescuers found the girl’s body.

The rescue force was reinforced with rescuers from the Department of Public Security of Ninh Thuan Province to expand the search area to five kilometers from the children’s last location.

Because of heavy rains for many days, the Bac canal’s banks became slippery, leading to the accident, according to Vo Nhu Thuy, chairwoman of Xuan Hai Commune.