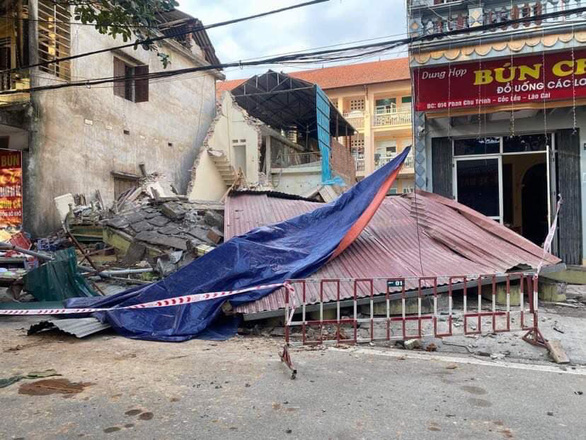 A three-story house in northern Vietnam collapsed on Tuesday afternoon when workers were digging in the ground to build the foundation of another house next door.

The house collapse that occurred at 16 Phan Chu Trinh Street in Lao Cai City under Lao Cai Province at around 4:00 pm on Tuesday did not cause any casualties as the people staying inside quickly escaped as soon as it showed signs of tilting, city chairman Hoang Dang Khoa said later the same day.

“The reason is that the house next door is under construction, involving ground digging to build the foundation, while the structure of the house that collapsed was weak,” Khoa said.

It also caused part of the wall of a third house to crack, according to a witness.

In April, another house in Lao Cai City also collapsed in the night for the same reason.