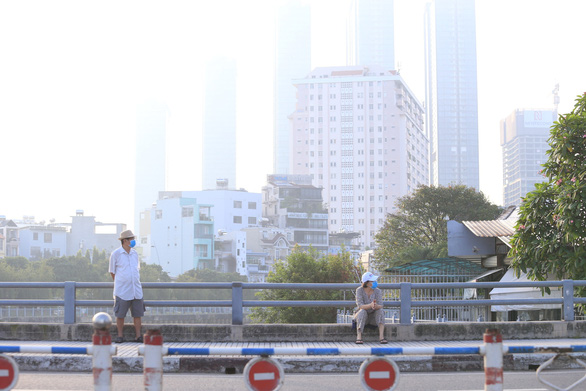 Provinces in southern Vietnam are forecast to experience cold weather which is caused by a cold front and unseasonal rains a few days before the year ends.

Due to the combined effect of wind convergence and low pressure along the equatorial trough, many provinces in southeast Vietnam went through heavy downpours and thunderstorms at Christmas, according to Le Dinh Quyet, deputy director of the National Center for Hydro-meteorological Forecasting in the Southern Region.

Some provinces had slight rain, with the average rainfall recorded at over 50 millimeters.

Starting this Saturday, the enhanced cold front has weakened the trough, causing a drop in precipitation, while showers and thunderstorms are still happening at night in some areas.

Meanwhile, another unseasonal rain is forecast to dampen the south from December 29 to 30, said the National Center for Hydro-meteorological Forecasting in the Southern Region.

On New Year’s Day, the southern localities will record the lowest temperature of around 21-24 degrees Celsius and a standard high of up to 32 degrees Celsius, with sunshine during the day, which is ideal weather for outdoor activities.