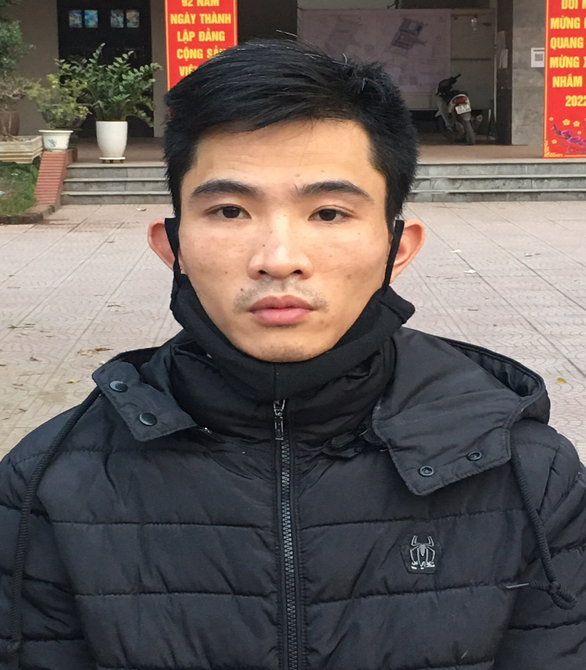 Police in Hanoi have detained a local man for investigating his severely brutalizing a three-year-old girl, who is the daughter of his unofficial wife, by breaking her arm, forcing her to swallow screws and drink pesticides, and hammering nails in her head.

Nguyen Trung Huyen, 30, a man of Hanoi’s Thach That District, was arrested and prosecuted on Thursday on charges of murder, local police announced the same day.

Huyen has been accused of abusing the little girl, D.N.A., the daughter of Huyen’s unofficial wife, Nguyen Thi L., also residing in the district, police said.

Officers are clarifying the role of L., 27, in this public shaking case.

In 2012, L. married Do Huu C., 38, a local man, and they have three daughters, but due to conflicts in their daily life, she divorced her husband in June 2021, police reported.

C. has since raised the first two daughters, while L. has taken care of A., the youngest one.

After the divorce, L. had affection for Huyen and the two have lived together as husband and wife at a rented house in the district, without registering their marriage.

In September 2021, L. took A. to live with her and Huyen, who had since exacted his brutalization on the little girl, with an aim to kill her so that he and L. would not have to raise her anymore.

Huyen is believed to force the girl to swallow screws and drink pesticides, break her arm, and hammer nails in her head, police said.

He confessed to police that at around 8:00 am on Monday, when L. went to work, Huyen slapped A. many times after he called her but she did not answer.

The man then hammered many nails in the little girl’s head.

After the crime, Huyen left A. in the care of a neighboring woman and then returned to his residence for sleeping.

On the afternoon of the same day, L. took A. to Thanh That District General Hospital as she vomited and was in serious health conditions.

The girl was hospitalized in a coma and convulsions, with her right arm already in a plaster cast, doctors said.

An X-ray scan of her head later showed nine objects that looked like nails in her skull.

Due to her conditions getting worse, A. was transferred to Hanoi-based Saint Paul General Hospital and is now being treated at the pediatric emergency resuscitation department.

The girl remained in severe conditions with a bad prognosis, doctors said on Wednesday evening.

Nguyen Thanh Huyen Anh, A.’s aunt-in-law, told Tuoi Tre (Youth) newspaper that before the latest hospitalization, A. was taken to hospital three times, with the first due to a foreign object in her nose, Anh said.

The girl was then admitted to hospital after swallowing three screws, and her third-time hospitalization came when she was found suffering pesticide poisoning.

Emphasizing that the latest hospitalization is very serious, Anh said she wanted relevant agencies to find out about the nail-like objects inside A.’s head.

The Department of Child Affairs under the Ministry of Labor, War Invalids, and Social Affairs said it received the information about the case from Do Huu Chuc, A.’s grandfather, through the national hotline for child protection at 111 on Wednesday.

The little girl’s father was contacted shortly after but he did not have any information that suggested his daughter had been abused.

The department’s general director, Dang Hoa Nam, said he was regretful that this case was reported to the agency too late.

“Responsibility for protection of children among their families, relatives, and communities remain unsatisfactory,” Nam said.

The Vietnam Children’s Fund has decided to provide initial emergency support of VND13 million (US$570) for treatment and care of the little girl.