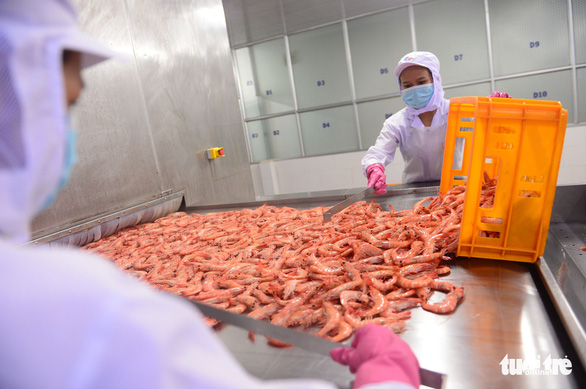 -- A 83-year-old woman infected with COVID-19 was hospitalized after being beaten by her neighbors as she had complained about their loud karaoke music.

-- A court in Nghe An Province, north-central Vietnam has sentenced a man to seven years in jail for raising 14 tigers he had sourced from Laos at home, a source told Tuoi Tre (Youth) newspaper on Thursday.

-- The first sod was turned at a project to build Sa Pa Airport in Lao Cai Province, northern Vietnam on Thursday. It is projected to cost VND7 trillion (US$306 million) to build the airport on an area of 371ha.

-- The Ministry of Health has reached an agreement with Pfizer to bring seven million doses of COVID-19 vaccine for children to Vietnam this month, Deputy Minister Do Xuan Tuyen said on Thursday, adding that the remaining 14.9 million will arrive in the fourth quarter.

-- Vietnamese companies are trying to adapt to the changes to exportation aned importation caused by the military confrontation between Russia and Ukraine.

-- Authorities in Bac Ninh Province, northern Vietnam on Thursday officially licensed electronics manufacturer Goertek Vina to raise its investment in its plant at the local Que Vo Industrial Park to $565.7 million from $260 million, according to the Vietnam News Agency.

--  Vietnam U23s will compete in the U23 Dubai Cup 2022 from March 20 to 30 in preparation for their campaign to defend the gold medal at the 31st Southeast (SEA) Games on home soil in May. The Dubai Cup will be contested by ten teams from Asia and Europe.

-- "A fire broke out in a training building outside the largest nuclear power plant in Europe during intense fighting between Russian and Ukrainian forces," Reuters cited Ukraine's state emergency service as saying on Friday.