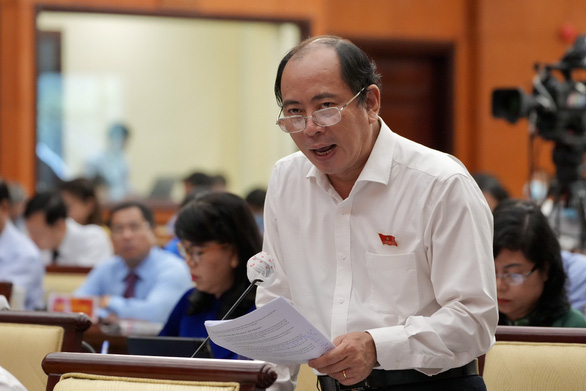 The director of the Ho Chi Minh City Department of Health gave a warning at a meeting on Thursday morning that the COVID-19 pandemic can resurge in Vietnam.

Director Tang Chi Thuong said the pandemic remains complicated around the world, with no countries and territories announcing it is over, including Vietnam.

While Ho Chi Minh City is keeping a strict control over its situation to avoid a serious outbreak like last year’s, the metropolis is fighting the emergence of a dengue fever outbreak.

After the Vietnamese Ministry of Health anounced the detection of the Omicron sub-variant BA.5 among COVID-19 patients in the country, including three in Ho Chi Minh City, the daily count of new infections has been on the rise and severe cases have rebounded.

The number of new cases in Ho Chi Minh City also tends to increase slightly, according to Thuong.

In the world, both infections and fatalities went up by 18 percent and three percent week-on-week, respectively.

“It is possible that the COVID-19 outbreak may return to any country, including Vietnam and Ho Chi Minh City, when herd immunity declines,” said Thuong.

The health director also raised concerns over the possible concurrence of the COVID-19 and dengue fever epidemics.

The total number of dengue fever cases recorded in the city since the beginning of this year had exceeded 23,000 by Tuesday.

The mortalities increased to 11, an increase of nine deaths compared to the average of the past five years.

It is forecast that the number of cases, including severe ones, will spike in the remainder of this year, when the peak of the rainy season gives mosquitoes bountiful opportunities to proliferate, unless timely and drastic measures are taken.

Thuong requested the city’s health authorities make preparations for the worst-case scenarios of the two diseases, which may include the reactivation of the local system of centralized treatment facilities.

The official also called on citizens to get further vaccinations against COVID-19 as well as following dengue prevention guidance.