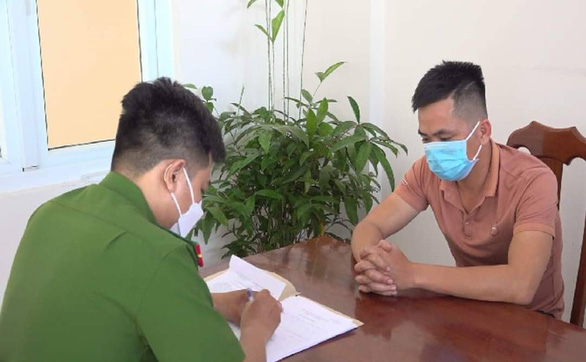 Police in Quang Nam Province have detained a local man as they are investigating allegations that he illegally sent people to work in Cambodia for over US$200 in brokering fees each time.

Over the past few years, many young people in Quang Nam have fallen victim to false job advertisements on social media and have wound up being transported across the Cambodian border with the expectation of a job awaiting them.

After being trafficked to Cambodia, many of these people were subject to forced labor and found themselves unable to escape, according to local police.

In early April, Duy offered high-salary jobs in Cambodia to two other men from the same commune, promising that they would work at a company owned by a Vietnamese woman.

The victims were then held captive with many other Vietnamese.

Every day, the trafficked victims were forced to do intense labor for about 12 hours and were physically abused by their managers.

Some even had to have their families pay ransoms if they wished to return home.

Duy was paid around VND5 million (US$213) for each trafficked victim.

Since the beginning of this year, Duy managed to send seven people to Cambodia.