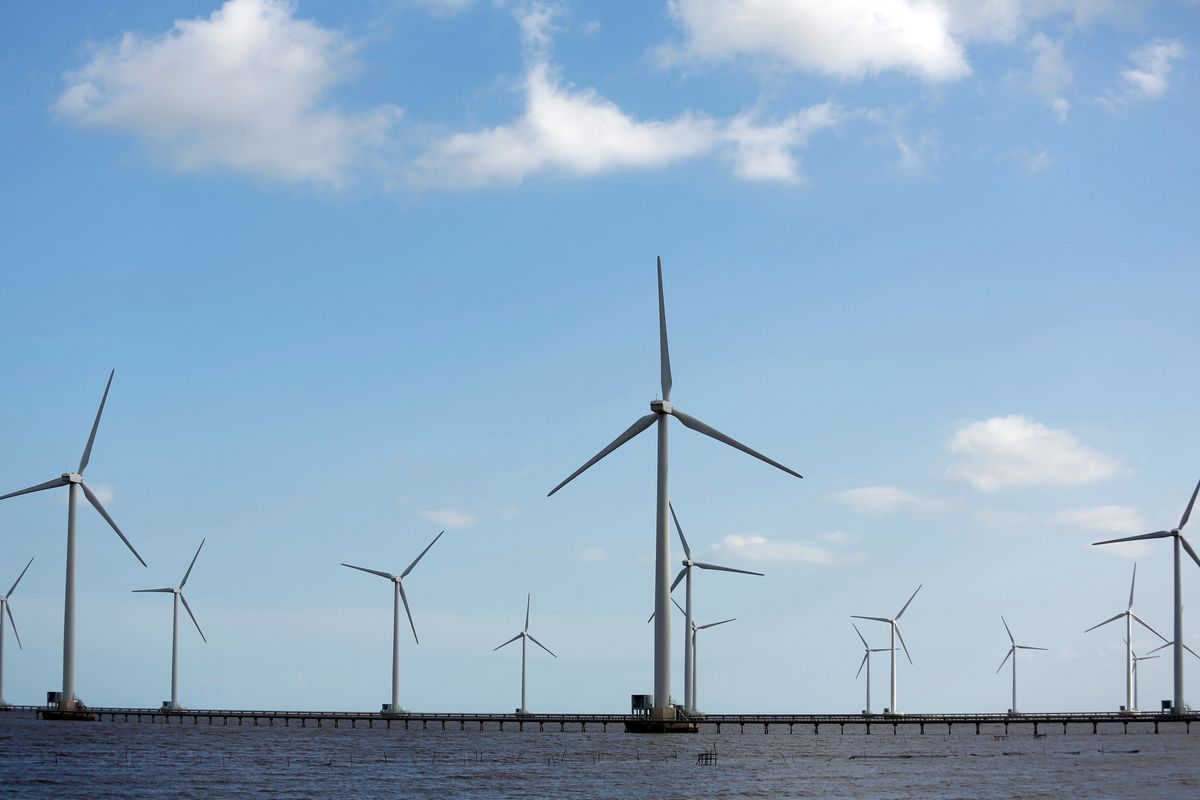 HANOI -- Vietnam will need investment of between $8 billion and $14 billion a year through to 2030 to develop new power plants and expand its grid, its deputy industry minister said on Wednesday.

Of the amount, 75% would be spent on new power plants, with priority given to renewable sources, and 25% on grid expansion, Deputy Minister of Industry and Trade Dang Hoang An said in a statement.

He said the country will seek to raise funds from private investors for the new power projects, without elaborating.

Vietnam, a regional manufacturing hub, needs to increase its installed power generation capacity by around 10% a year to support its fast-growing economy and population.

An said Vietnam, which pledged last year to become carbon-neutral by 2050, will raise its offshore wind capacity to 7 gigawatts (GW) by 2030 and to 65 GW by 2045, while cutting the proportion of coal in its energy mix.

"Vietnam will not add new coal-fired power plants to its master power development plan, and will only continue coal projects that are under construction until 2030," An said.

The ministry last month asked the government to remove future coal projects with a combined capacity of 14.12 GW from the master power development plan that is being drafted.

Under the latest draft of the master power development plan, Vietnam's total installed power generation capacity would be raised to 121 GW by 2030 and to 284 GW by 2045, from 76.6 GW at the end of last year, according to state media.