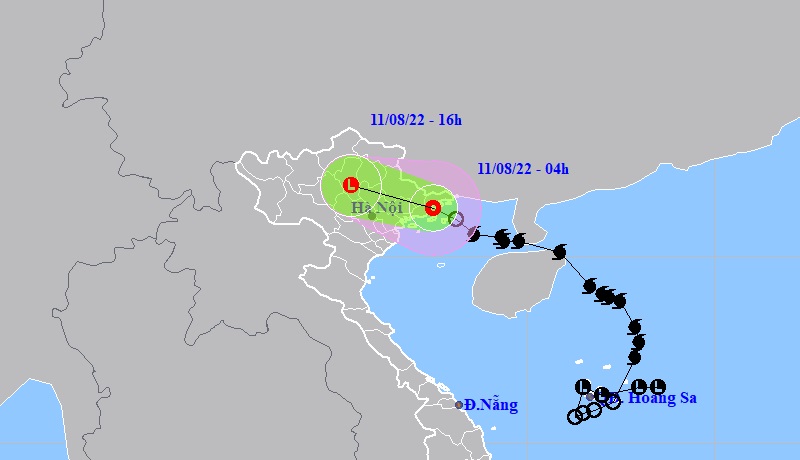 Storm Mulan, the second to hit Vietnam this year, weakened into a tropical depression early on Thursday morning, but torrential rains are still in the forecast for northern and north-central localities over the coming days.

As of 4:00 am on Thursday, the tropical depression was located above Quang Ninh Province and Hai Phong City in northern Vietnam, unleashing winds of 39-49km per hour.

It is expected to travel northwest over the next 12 hours and further downgrade to a low-pressure area, according to the National Center for Hydro-meteorological Forecasting.

Due to the influence of the tropical depression, rough seas, strong winds, and waves as high as 3.5 meters were recorded near the Gulf of Tonkin on Thursday morning.

It also caused powerful winds along the coast between Quang Ninh and Ninh Binh Provinces in northern Vietnam.

Heavy downpours of up to 200 millimeters will lash northern localities as well as north-central Nghe An and Thanh Hoa Provinces on Thursday and Friday.

Meanwhile, a strong southwest monsoon is forecast to cause rough seas and high waves in the central and southern areas of the East Vietnam Sea, as well as the coast from south-central Binh Dinh Province to southern Ca Mau Province.