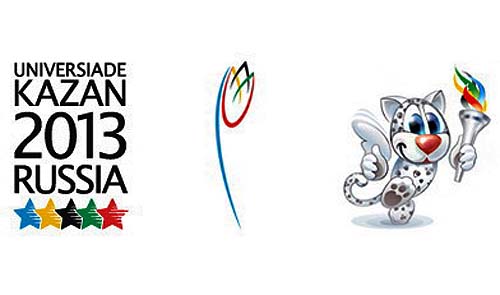 Today Vietnam sent a team of 14 athletes to compete in four sports at the 2013 World University Games, to be held in Kazan, Russia from July 6-17.

They will compete in athletics, gymnastics, table tennis, and chess.

Outstanding athletes from the Vietnamese team include gymnast Le Thanh Tung, 18, who won a silver medal at the Challenge Cup 2013 in Doha, Qatar early this year; and Pham Phuoc Hung, gold medalist in the men’s parallel event at the 2013 World Artistic Gymnastics Championship in Slovenia.

Others, including Dinh Phuong Thanh, Do Vu Hung, and Dang Nam, are all members of the Vietnamese national gymnastics team.

The Games, or the 27th Summer Universiade Kazan, sets a record in terms of the number of sports included in its program, with a total of 27 sports to be contested. This includes 13 compulsory sports and 14 optional sports.

The Universiade Village will be home to athletes and other members of national delegations from 170 countries.