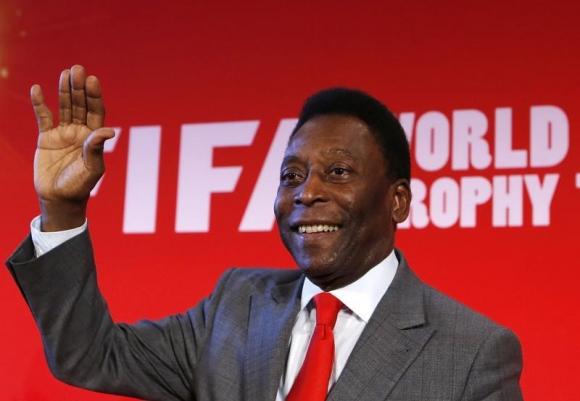 Pele being discharged from hospital after stomach ailment, aide says

Brazilian soccer legend Pele is doing "fine" and is being discharged from a Sao Paulo hospital after he was admitted late on Wednesday for stomach pains, one of his aides told Reuters.

The 74-year-old soccer great had to cancel a book signing at a museum named for him in his native city of Santos after complaining about his stomach.

"He had a stomach ache and his girlfriend decided to take him to hospital. He underwent some tests, but he is doing fine and is leaving the hospital," Jose Fornos Rodrigues, the former player's personal aide, said on Thursday.

A spokesman for the hospital told Reuters Pele was admitted Wednesday evening, but did not say if he had left the facility.