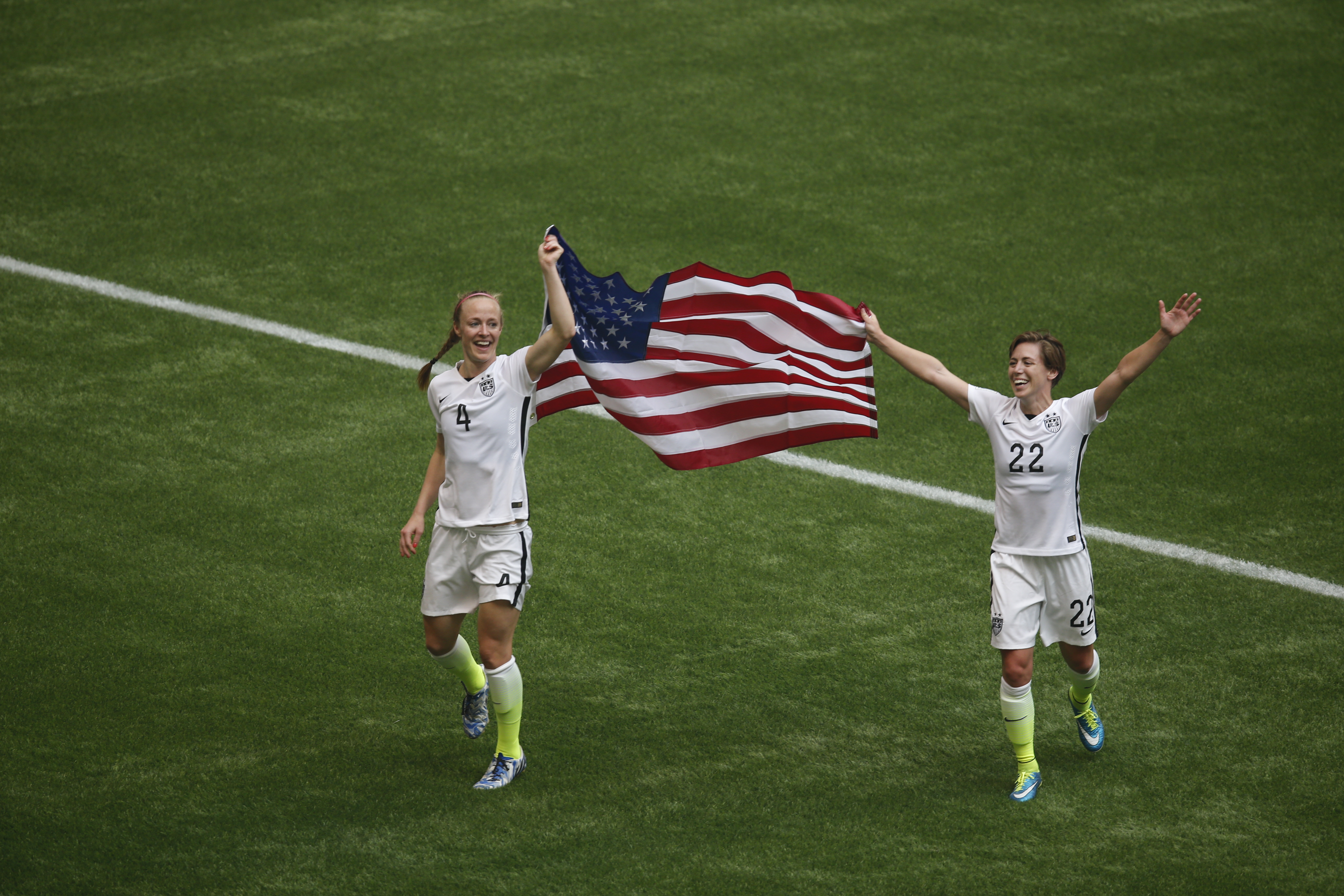 The United States won the Women's World Cup for the third time, crushing Japan 5-2 on Sunday with striker Carli Lloyd scoring the tournament's fastest ever hat-trick, including a spectacular goal from the half-way line.

The American captain struck three times inside 16 minutes as the U.S. stormed into an unexpected and unsurmountable 4-0 lead over their shell-shocked opponents.

Japan, winners four years ago, were utterly stunned as the U.S's deadly finishing ensured they added to their 1991 and 1999 titles, and became the first nation to win the Cup three times.

The game, played in front of 53,341 spectators at a packed BC Place, was the highest-scoring Women's World Cup final ever and, for non-Japanese at least, was an entertaining finale to what has been an excellent tournament.

No team had ever scored more than two goals in a Women's World Cup final but the brilliant Lloyd went one better all by herself -- and within just 16 minutes.

The opener came in the third minute when Megan Rapinoe drove a low diagonal ball across the area and Lloyd timed her run to perfection, meeting the ball with a powerful, first-time drive past Japan keeper Ayumi Kaihori.

Another low ball into the box did the damage, this time from a Lauren Holiday free-kick which the Japan defence failed to clear and the ball fell to Lloyd, who gleefully slotted home.

Japan had barely time to regroup before they found themselves 3-0 down in the 14th minute with an awful attempted headed clearance from Azusa Iwashimizu falling to Lauren Holiday, who blasted in a volley from inside the penalty area.

Japan had conceded as many goals in the opening 14 minutes as they had in the entire previous six games of the tournament.

However, one of the most remarkable goals ever witnessed in a Women's World Cup arrived just two minutes later when Lloyd, gathering the ball in her own half, saw Kaihori far off her line and shot from 50 yards out, with the scrambling Japanese keeper only able to palm the ball onto the post and into the net.

Japan restored a little bit of pride in the 27th minute when Yuki Ogimi turned Julie Johnston in the area and fired past Hope Solo to make it 4-1.

The Japanese have been widely praised for their short-passing game but it was an old-fashioned route that brought them, temporarily, back into the game early in the second half.

Aya Miyami's long free-kick into the box was aimed at Sawa and Johnston rose for the ball but could only deflect a header past a helpless Solo.

The glimmer of hope flickered for just two minutes, however, when a U.S. corner fell to Morgan Brian beyond the far post and she did well to find Tobin Heath, who confidently fired home to make it 5-2 and effectively end Japan's hope of a comeback.