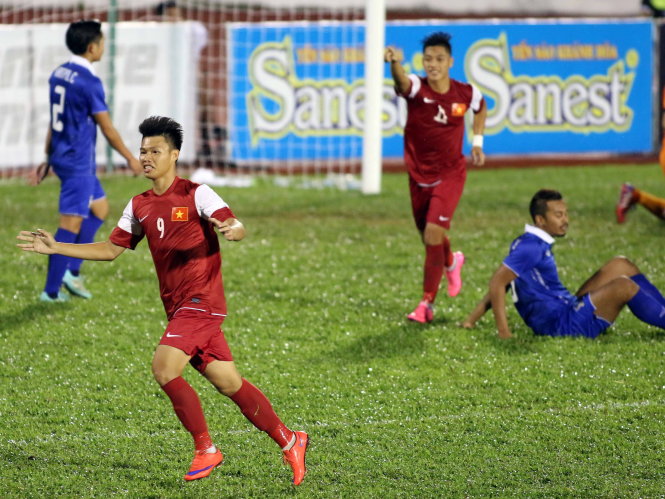 Hoang Anh Gia Lai U-21s yesterday beat Myanmar 4-3 in Group B of the 9th International Thanh Nien Newspaper U-21 Football Tournament and will take on the Vietnamese national U-21 team in the semis on Thursday.

The other semifinal will be between South Korean Students U-19s and Singapore U-21s.

Yesterday, Hoang Anh Gia Lai came from behind to seal their win after conceding one goal in the seventh minute and going 1-2 down in the 35th minute of the match at Thong Nhat Stadium in Ho Chi Minh City.

However, the score was level inside the first half thanks to the brilliance of midfielders Tuan Anh and Xuan Truong.

In the second half, Hoang Anh Gia Lai scored two more goals before Myanmar narrowed the gap to 4-3 in the final minutes.

The U-21 tournament, organized from November 20 to 29, included six teams divided into two groups of three.

Thailand and Myanmar were eliminated from the group stage.