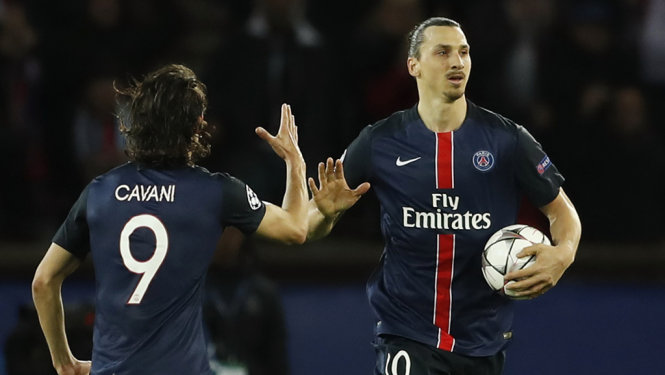 PARIS, April 7 - Nothing usually fazes an ice cool Zlatan Ibrahimovic but the Sweden striker was taken aback when he failed to score a penalty during Paris St Germain's 2-2 draw with Manchester City in their Champions League quarter-final first leg on Wednesday.

According to statistics published last year by French sports daily L'Equipe, Ibrahimovic, along with Real Madrid's Cristiano Ronaldo, has the best success rate from the spot over the last 10 years in the five big leagues.

Hence when the Swede's 14th minute penalty strike was denied by Joe Hart, the keeper he beat four times in 2012 when Sweden tamed England 4-2 in a friendly, he was not amused.

"There was this penalty that I missed, that's the way it is."

Ibrahimovic somehow made up for his error when he equalised four minutes before the break but he also missed a great chance.

The forward was not the sole culprit as PSG failed to dominate the way they usually do, which came as another surprise to Ibrahimovic.

"We felt attacked like rarely in the past," he conceded.

A first semi-final since 1995 still looks possible for PSG but they will have to do much better.

"We still have hope, we always have hope," said Ibrahimovic.

"We are strong and confident but we will have to do better, much better in the second leg."

PSG have failed to make it past the last eight of the Champions League in the last three seasons.