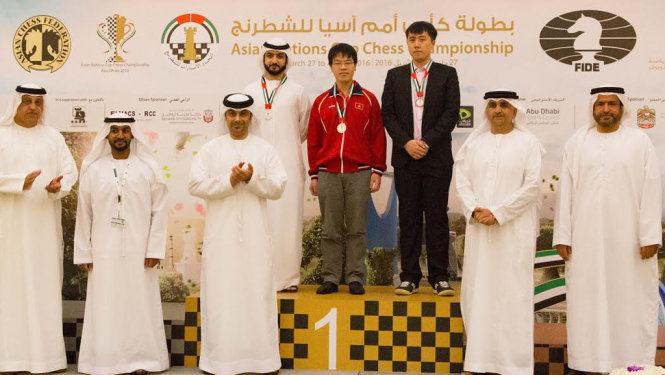 In rapid chess, each player has a combined 15 minutes to complete their moves with 10 additional seconds added to the clock per turn.

In blitz chess, that time is reduced to three minutes with a two-second addition each turn.

Besides team medals, the Vietnamese players snatched a total of 11 individual medals, according to coach Lam Minh Chau.

Nguyen Thi Thanh An won the gold medal in the women’s standard event. In the rapid chess championship, Nguyen Thi Mai Hung and Minh Huy took home the gold for the women’s and men’s events, respectively.

Le Quang Liem and Minh Huy secured gold in the men’s blitz event, and Thanh An and Nhu Y in the women’s competition.

“China and India are very strong in team events, so taking home our two silvers in the team’s rapid and blitz categories was already a reach for us,” Le Quang Liem told Tuoi Tre (Youth) newspaper.