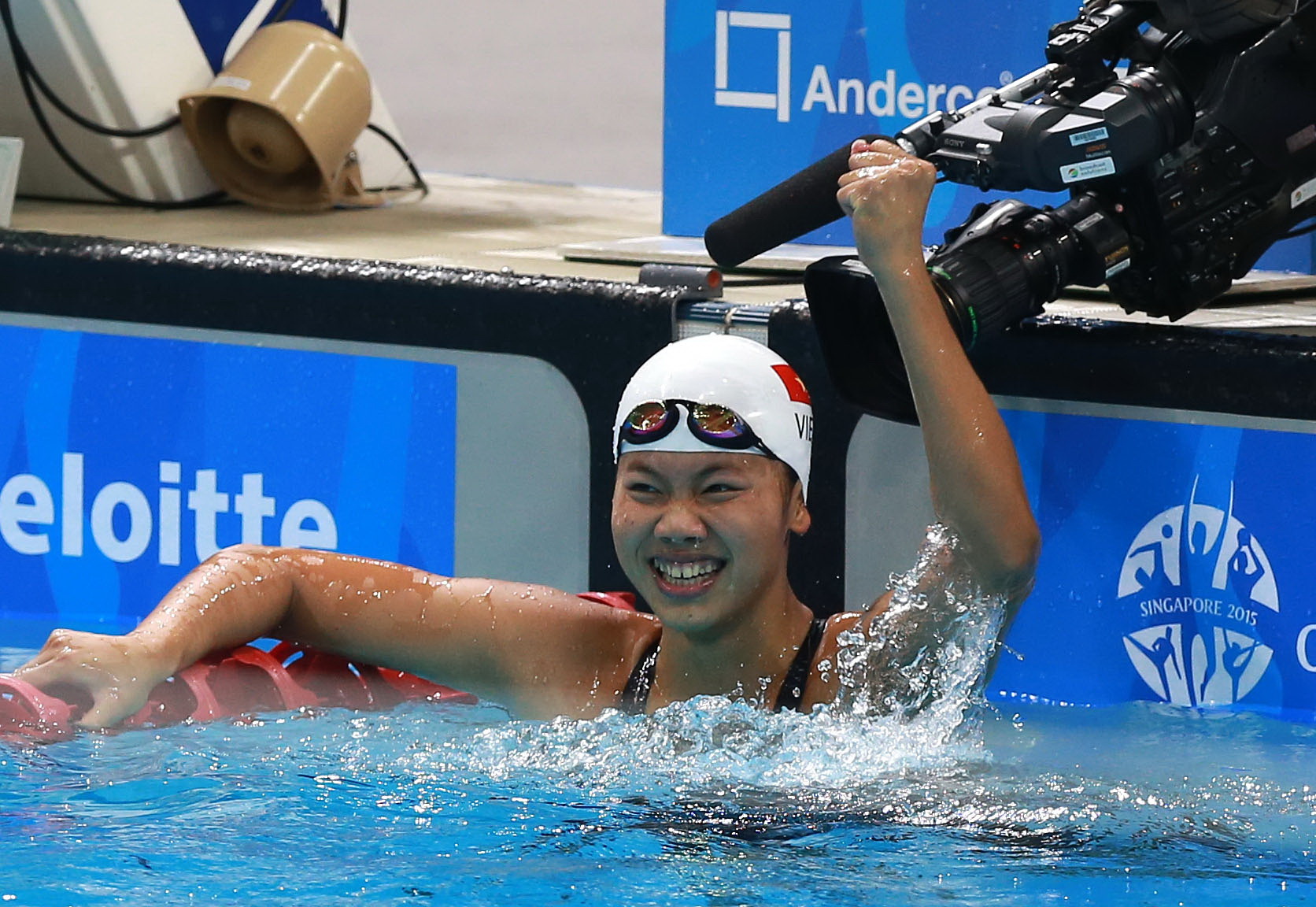 While Olympic-class Nguyen Thi Anh Vien is already Vietnam’s top swimmer, her coach has insisted she take part in all events at the national championship, a decision that has raised eyebrows among the sport’s insiders.

Dang Anh Tuan, who has been coaching Vien since she was a girl, has signed the 20-year-old swimmer up to compete in all 17 individual events at the 2016 National Swimming Championship that kicked off in Hanoi on Monday.

The coach has been criticized for “using a cannon to kill a mosquito,” as Vien undoubtedly appears an invincible contender at the championship, given the numerous trophies in her collection.

Vien has competed in two Olympic Games, 2012 in London and 2016 in Rio, and grabbed eight gold medals at the Southeast Asian Games in Singapore last year, at the age of 19.

Coach Tuan has also been rapped for registering Vien as a member of the Ho Chi Minh City chapter of the National Sports Training Center, as she actually belongs to the military.

The army confirmed that it has not approved Vien to compete at the national championship, or allowed the swimmer to represent the National Sports Training Center in Ho Chi Minh City.

The national swimming championship runs until October 22, with 101 contenders representing 17 cities and provinces. Some clubs said they did not send athletes to the competition, knowing that there is little chance for medals.

The country’s top swimmer Vien has returned from her overseas training trip to take part in the national tournament, with the championship’s organizers confirming that her participation is in line with regulations.

“Vien is permitted to participate in all 17 events as a representative of the national training center in Ho Chi Minh City,” Nguyen Trong Toan, the chief referee of the competition said at a press meeting on Sunday.

An official from the sports division of the army told Tuoi Tre (Youth) newspaper that the military and coach Tuan had disagreed over Vien’s participation in the championship.

The Army’s Sports Center No. 4, the direct management unit of the swimmer, only wanted Vien to compete in several events useful for her preparation for the 2016 Asian championship to take place in Japan, not every single individual event.

However, Tuan insisted that Vien compete in all events, a decision the army said will “lead to negative public feedback” as the top swimmer may win every available medal at the competition.

“After the disagreement with the army, coach Tuan signed Vien up without any approval from the military,” the military source said.

The army official added winning 17 gold medals at the national championship “does nothing for Vien’s improvement.”

“Vien is in a tough situation where she, as a professional member of the army, chose to follow the orders of her coach, rather than the military,” the source concluded.

One general department leader only got the memo after being contacted by Tuoi Tre on Sunday.

“The general department’s view is that an athlete of international class like Vien should never attend the national championship,” the official said.

“We have requested that the medals Vien grabs at the competition, if any, not be counted as trophies for the National Sports Training Center in Ho Chi Minh City.”