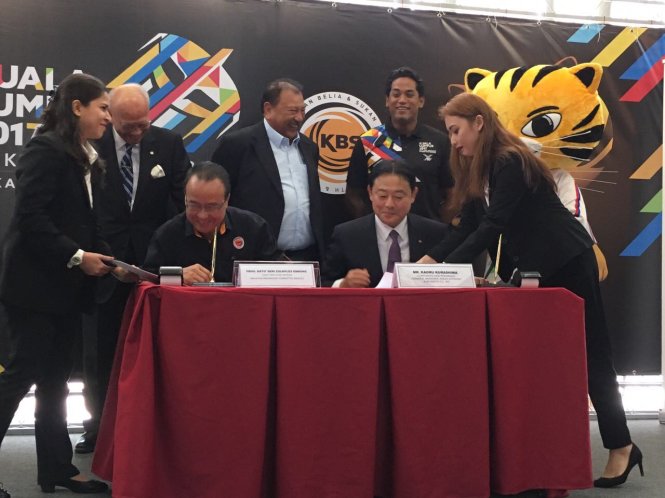 Japan’s Ajinomoto Co. has signed an agreement with Malaysia, the host of the 2017 Southeast Asian (SEA) Games and ASEAN Para Games, to become a Platinum Sponsor, the highest rank of sponsorship, for these events.

By becoming an official sponsor of these sporting events, the Japanese company will help athletes alleviate concerns about nutrition in the competing periods in Malaysia.

Ajinomoto Co., specializing in seasoning, processed food, pharmaceutical products, and other product lines, has succeeded in executing the Victory Project® in nutrition for Japanese athletes.

Victory Project® has been implemented since 2003, with two important contents of providing sports nutrition guidance and amino acid conditioning for top-level athletes in Japan at international tournaments.

Being an official sponsor allows Ajinomoto Co. to provide varied support through its ASEAN subsidiaries based on a wealth of know-how on nutritional support for athletes the company has accumulated in Japan.

According to the agreement, the Japanese company will provide products such as seasonings, soups and coffee depending on the cuisine of each Southeast Asian country participating in these events.

This will help assure nutrition for athletes during the tournaments if the local food is not their taste.

For many decades, Ajinomoto Co. has contributed to food culture and human health through wide-ranging application of amino acid technologies.