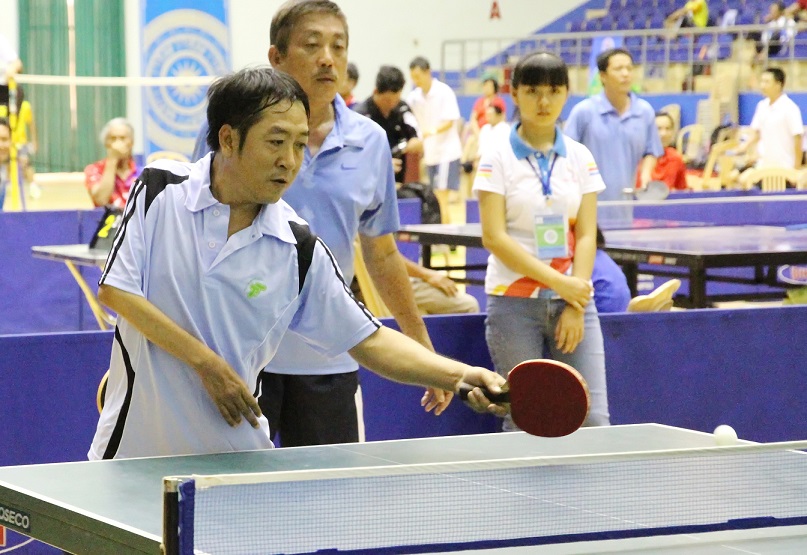 Two Vietnamese men have turned their passion for sports into remedies to their illnesses, which would otherwise become enormous burdens for the rest of their life.

The two men have managed to recover from their health problems thanks to their commitment and determination in practicing their favorite sports.

Cycling is the cure

Ma Van Trach was in his 50s when he was diagnosed with generalized anxiety disorder and depression, a rare mental illness.

“I didn’t want to meet anyone or go anywhere. My life seemed to become meaningless,” Trach recalled the time when he was informed of his condition in 2014. “It was unusual as I was previously an outgoing person.”

Trach has been a member of a biking club called Land Saigon ever since it was established. The team often organized biking journeys across Vietnam as well as transnational trips through Vietnam, Cambodia, and Thailand.

In 2013, Trach had to give up his activities at the club due to immense pressure from work. He began to develop mental disorder then.

Following doctors’ diagnosis and consultation, the man started to battle his illness by getting back to biking, gradually regaining his confidence and passion thanks to the unconditional support from his family and friends.

Trach’s mental condition seemed to improve every time he pedaled his bicycle, and now the man has become a part of several cross-country bike tours and many meaningful activities to help the community along the trips.

“Cycling works like meditation to me as it helps me remain calm amid the pressure and depression brought about by my excessive worries,” Trach stated, adding that participating in voluntary work has also improved his mental health.

“My doctor confirmed that I have almost recovered from the illness,” he added.

A push from table tennis

In 2010, a horrible road accident completely changed the life of Vo Quoc Hung, a table tennis coach from the southern province of Long An.

Hung had his legs seriously broken and needed to be treated with internal fixation devices, while a sequela of his neck injury has caused his right arm to be nearly paralyzed.

The former coach had to lie on his bed for nearly a year, watching his family torn apart and eventually thinking of suicide to end the misery.

Ho Thanh, a friend of Hung’s and a table tennis coach for the disabled, encouraged him to come back to the sport as it could help ease his condition.

“I turned down the offer at first as I wasn’t able to do anything by myself. Life was a living hell and I didn’t know how to take care of my mother and young daughter,” Hung recalled.

But Thanh was finally able to convince him following several attempts.

Playing during the first days was difficult because Hung could feel indescribable pain whenever he swung the racket.

The man had also tripped and fell many times as he tried to move too fast with his injured legs.

Hung gradually sharpened his skills thanks to his passion and determination as well as support from his family.

Hard work has paid off as Hung is now an accomplished handicapped athlete, having achieved countless medals in national competitions since 2013.

He also snatched many awards during the latest ASEAN Para Games, a biennial multi-sport event for Southeast Asian athletes with physical disabilities.