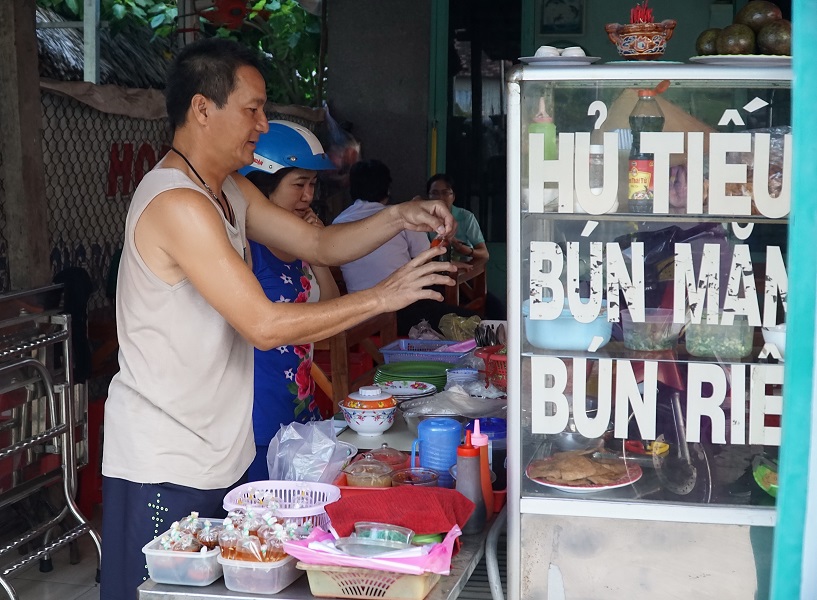 Following the end of their professional football career, these former Vietnamese players and coaches have given a shot at many types of jobs to go on with their life.

Previously members of winning teams in the top-flight V-League 1 or AFF Suzuki Cup, Southeast Asia’s championship, these ex-footballers have been trying all ways to earn a living as their Beautiful Game career is over.

Ngo Quang Sang, 45, former coach of Long An FC, was known as a calm person who had been a vegetarian for many years.

“Being a vegan and paying regular visits to local pagodas did not seem to bring me enough good luck to avoid the incident at Thong Nhat Stadium in Ho Chi Minh City on February 19,” Sang told Tuoi Tre (Youth) newspaper.

During a V-League 1 game against Ho Chi Minh City FC that day, players of Long An FC refused to play in the wake of the referee awarding an 81st minute penalty to the home side.

The incident resulted in Coach Sang being banned from professional football for three years.

Sang started playing football in 1999 and had been a skillful player with many accomplishments during his career.

Following the Thong Nhat scandal, the former coach is now helping his wife run their vegan diner every morning, while training young football teams in the afternoon.

The couple’s diner has gained quite a reputation thanks to the tasty flavors and reasonable prices, often filled with customers even at 7:00 am.

“Thanks to this small business, we are able to get by and take care of my elderly parents and our two sons,” Sang said.

“My only wish is that my ‘sentence’ will be reduced so that I can return to coaching my team as soon as possible,” he added.

Nguyen Hoang Thuong (standing) talks to his customers at his coffee shop in Long An Province. Photo: Tuoi Tre

Nguyen Hoang Thuong, a 35-year-old ex-footballer who was a member of the national U-23 football team, still manages to stay in good shape many years after his retirement.

Thuong is now the owner of a 400-square-meter café on Nguyen Van Sieu Street in Ben Luc Town, Long An.

Not only does he manage the venue, Thuong also works as a barista, server, and cleaner at times.

In these roles, the former footballer has to move around a lot on a daily basis.

“That is why I can remain in such good shape,” he joked.

Thuong gave up his professional football career in 2011, before joining his wife in opening a clothing store, which turned out to be a failure.

Taking advantage of the vast yard around their home, the pair tried their luck at a coffee shop that has made a profit in the past six years.

The venue is a haunt of local football players, both amateur and professional, who come for chit-chat about the sport.

“I am sometimes caught in their endless discussions despite my busy tasks,” Thuong said.

These pennies help provide a stable income for him and his family, Thuong said, adding that he is happy with his current life.

“I consider myself lucky compared to other colleagues who have struggled to land a stable job after their professional football career ended,” he added.