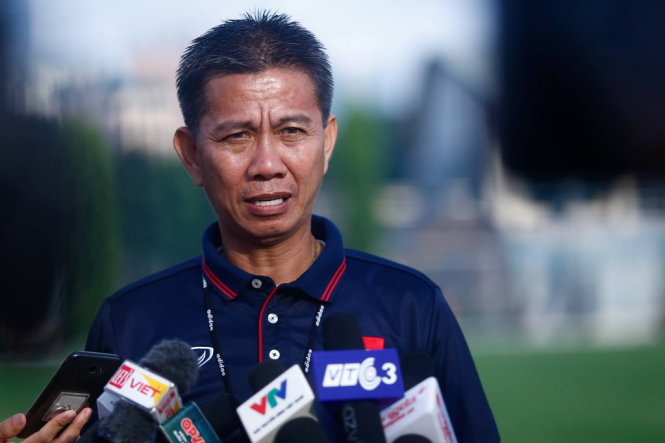 Vietnam has set a target of advancing to the finals of the AFC U19 Championships in 2018, head coach Hoang Anh Tuan said on Monday during the team’s first training session in preparation for the qualifying rounds beginning next month.

“If we want to remain in the competition, we have to be brave and determined on the pitch. What we have ahead of us are qualifying matches, but what we’re aiming for are the finals next year”, the coach said.

Before the training session, Tuan announced the list of players called up for the first qualifying games.

The squad will feature several new faces but will be without Doan Van Hau, who was recently named the Best Young Player in South East Asia.

Tuan told reporters that Hau is busy with his club, Hanoi FC, at Vietnam’s top-flight V-League 2017, so he will not join his teammate in the training campaign.

Vietnam’s U-19s have been drawn against Laos, Taiwan and Macau in group H of qualifying. The young Golden Stars will begin their campaign against Macau on November 4.

Qualification for the 2018 AFC U19 Championship will be contested by a total of 43 teams, with 22 teams from West Asia and the rest from East Asia.

There are five groups in each zone, with the ten group winners and the top five runners-up qualifying for the finals in Indonesia next year.

The AFC U-19 Championship is a biennial international youth football tournament organized by the Asian Football Confederation. The 2018 edition runs from October 18 to November 4 in Indonesia.