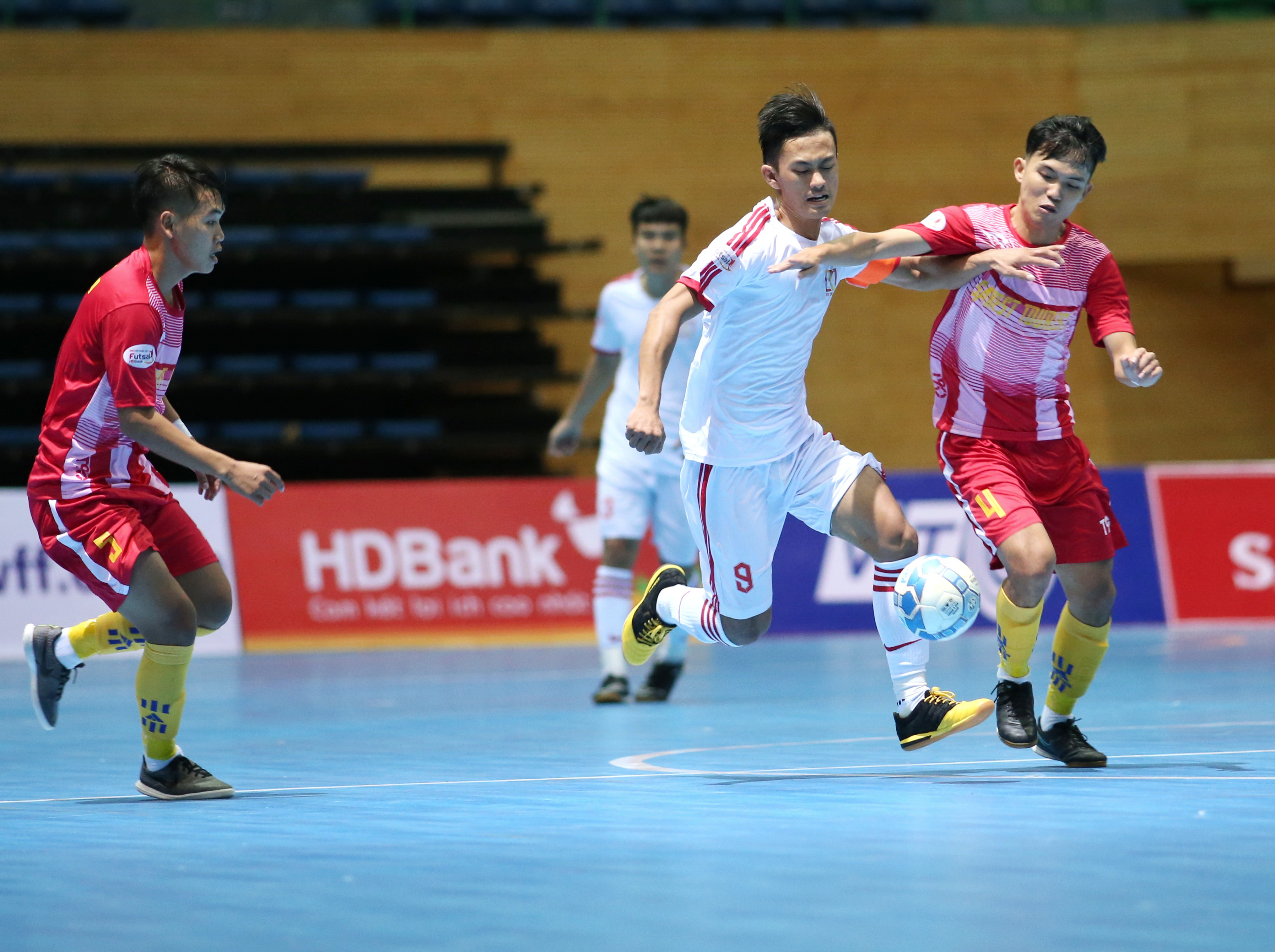 Meet Vietnamese athlete who succeeds both in taekwondo and futsal

Nguyen Thanh Sang, a gold medalist in one of Vietnam’s most prestigious national taekwondo competitions, is set on making a name for himself as a rising star with the Sanest Tourist Khanh Hoa futsal club.

Sang’s story began in 2009 when he was 16 years old and asked to join Ho Chi Minh City’s substitution taekwondo team.

Sang’s success, however, was not enough to earn him a top spot amongst the city’s 54 kilogram taekwondo fighters sent to represent it in the national tournament.

The martial artist became so well known in the taekwondo community over the next few years that other clubs asked him to compete for them at the 2014 Vietnam National Games.

The next two years was quiet for Sang.

Though he continued training, his competition schedule was empty and he needed something to fill the void. His answer: amateur futsal.

At the beginning of 2017, he chose to join the newly established Sanest Tourist futsal club in Khanh Hoa Province, located in south-central Vietnam, despite being a newcomer to the sport.

Only a few months later, his athletic prowess caught the attention of several recruiters and earned him a spot at the national futsal championship that same year.

Sang scored three goals at the tournament, one of which helped secure a victory Hoang Thu Da Nang, one of the strongest opponents in the league.

He says futsal has helped him to live out his dreams.

“I loved football when I was a kid, but chose to learn taekwondo. Now I am back to my childhood passion and it makes me really happy,” he said.

Taekwondo and futsal are undoubtedly two very different sports. However, Sang managed to seal the gap.

“It took time. Taekwondo helped me achieve a good level of fitness so that I can keep up with fustal exercises without too much difficulty,” Sang said.

“But I have to train more if I want do this professionally.”

According to his coach Ta Duc Dung, Sang is a hard worker and quick learner.

“I am surprised at how quickly he adapted to the sport. He’s made significant improvements,” Dung said.

“He will surely continue to grow.”

Despite taking up a new sport, Sang still refuses to let taekwondo fall by the wayside.

In August, the two-sport athlete brought home the gold in the 58 kilogram weight category at a Ho Chi Minh City competition.