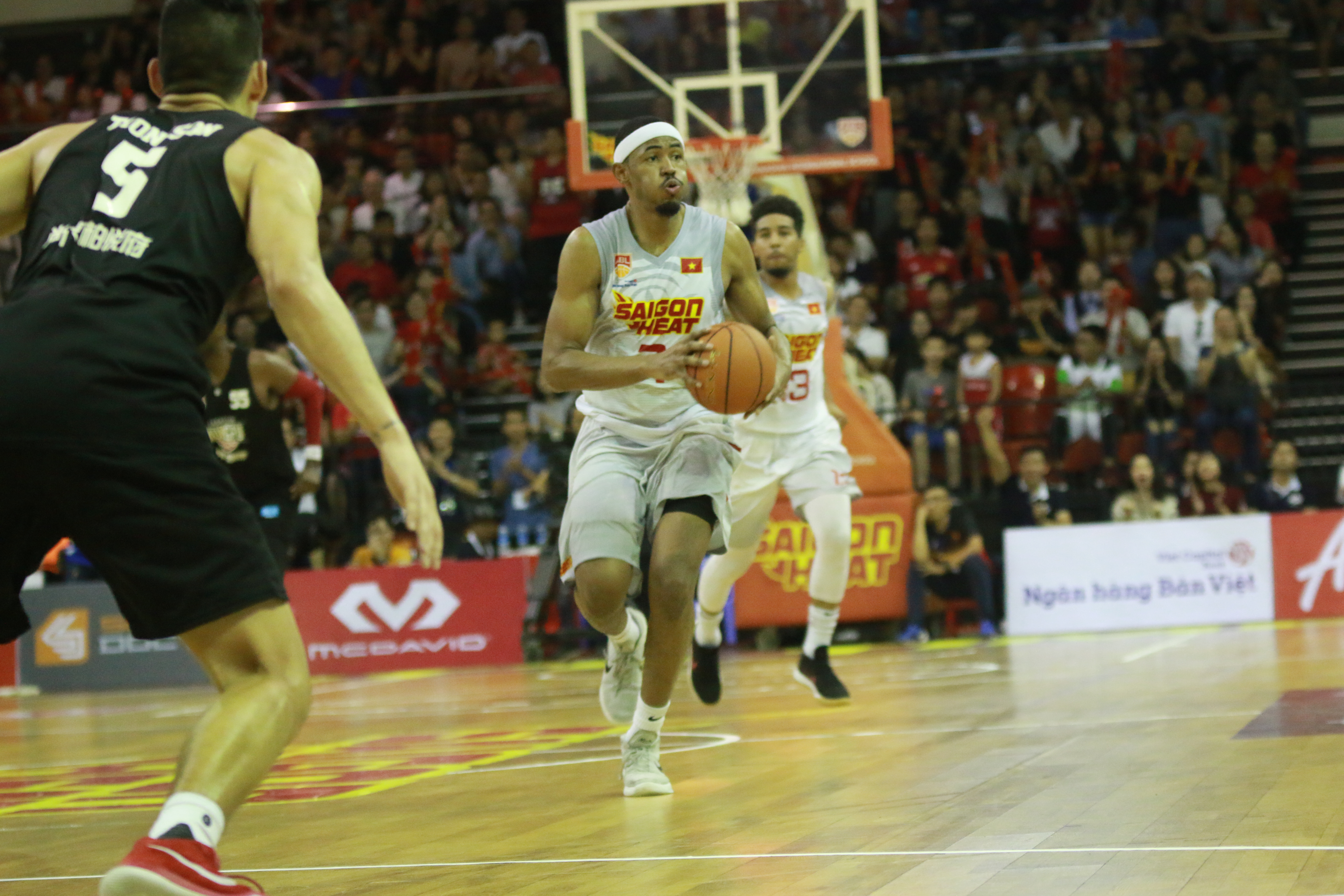 American Akeem Scott made a crucial steal with under 20 seconds to play and converted the turnover with a clutch layup, leaving the Kung Fu squad scrambling but unable to tie it up as time ran out.

Scott collapsed at game’s end and was swarmed by teammates as fans and media flooded the floor, in one of the most dramatic home wins in the history of the Heat.

Fellow American Maxie Esho deserves credit for the game even being within reach, putting in a virtuoso performance in his first home game.

Notching a double-double with 35 points and 12 rebounds, Esho was electric whenever he touched the ball, hitting long jumpers, reverse layups and thunderous dunks throughout the final quarter.

“Coach [Kyle Julius] has done a good job making it easy for me [to fit in],” Esho said in the post-game swarm, saying his first game experience was “really good” before sprinting for the locker room.

David Arnold, recently granted local player status owing to his Vietnamese lineage, chipped in 11, including some clutch shooting to keep the game within reach. Regional signing Caelan Tiongson talked a lot of smack but backed it up for Chong Son, leading his squad with 23 points and scoring in a variety of fashions.

Kung Fu’s Anthony Tucker had the smoothest shot of anyone on the floor, bewildering the Saigon faithful with three three-point bombs in the first half.

He finished with 22 points, while ABL journeyman and former Heat big Justin Howard had 22.

The Kung Fu squad led early on, leading throughout the first half.

Howard, Tucker, Tiongson and regional signing Mike McKinney took turns amping it up for the Chinese side in their first season in the league, keeping the Heat on their heels.

If there was a fly in the ointment for the Heat, it would be the local talent had little impact in the contest.

To be fair, Chong Son also maximized the minutes for their imports and regional players. But as far as entertainment value goes, this may have been one of the most exciting home games in the ABL’s sixth season in Vietnam.

“We wanted it more,” said Swedish-Vietnamese sniper Stefan Nguyen, who logged substantial minutes and was a playmaking force throughout the first half.

“No team in the league outworks us.

“Basically we ran them out of our house.”

After a late start to the season and a revolving door on their roster, the Heat are set to get Vietnamese basketball fans fired up all the way to the Tet (Vietnam's Lunar New Year) holidays, with three more home games in the next three weeks.