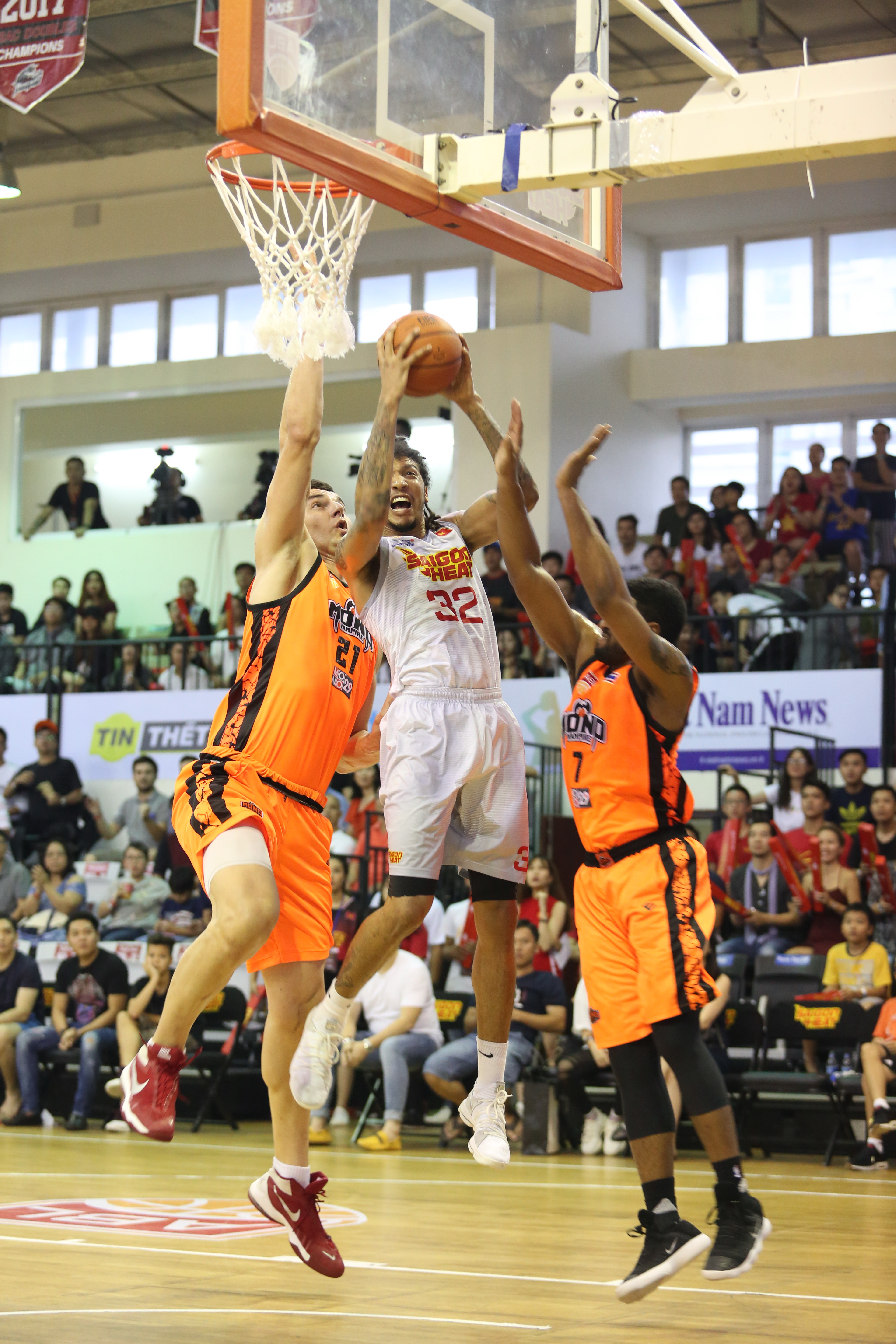 Thailand’s Mono Vampire was hungry for a win, and saw their chance to feast on a Saigon Heat squad on their home court on Sunday in the ASEAN Basketball League.

Paced by 7-foot-5 European import Samuel “the Massive Maltese” Deguara, the Vietnamese squad was baffled how to deal with his extensive reach in the first half.

Couple that with a brutal second quarter where the Heat could barely muster nine points, and Saigon spent the rest of the game playing catch-up and went on to lose 97-83.

It was also the Heat’s first game after a chippy 91-87 loss in Malaysia to the Westports Dragons, with both sides exchanging obscenities as the teams renewed a long-standing rivalry.

Vampire seized the opportunity and fed Deguara early and often, pouring in 11 points in the first half and finishing with 20 points and 16 rebounds in a scant 23 minutes of work.

American Mike Singletary led Mono with 25 points, while Thai marksman Darongpa Apiromvilachai always seems to get up for games in Saigon.

He notched 11 points in just under 20 minutes of court time, with all of the Vampire bunch and all but one Heat player seeing action in the game.

Coming out after halftime down 45-32, the Heat were down by as much as 26 in the third but battled back to make the game respectable.

American Maxie Esho had a double-double with 25 points and 10 rebounds for Saigon, while teammate Moses Morgan had 16.

Swedish-Vietnamese star Stefan Nguyen had 12 points, with domestic players like Le Ngoc Tu and To Quang Trung getting some meaningful floor time.

Head coach Kyle Julius made the best of the situation, giving local players needed minutes and making the score respectable in what was otherwise a blowout for Vampire.

“Nothing went well,” a dejected Morgan said after the game.

“They executed. They played harder than us.

“We’ve got a whole week of practice ahead. We need to take a step back (and re-evaluate).”

Trung was similarly disconsolate, and conceded they let Deguara run amok in the first half, making it difficult to recover.

Next up is Alab Pilipinas, Sunday January 28 at CIS Stadium in District 7.