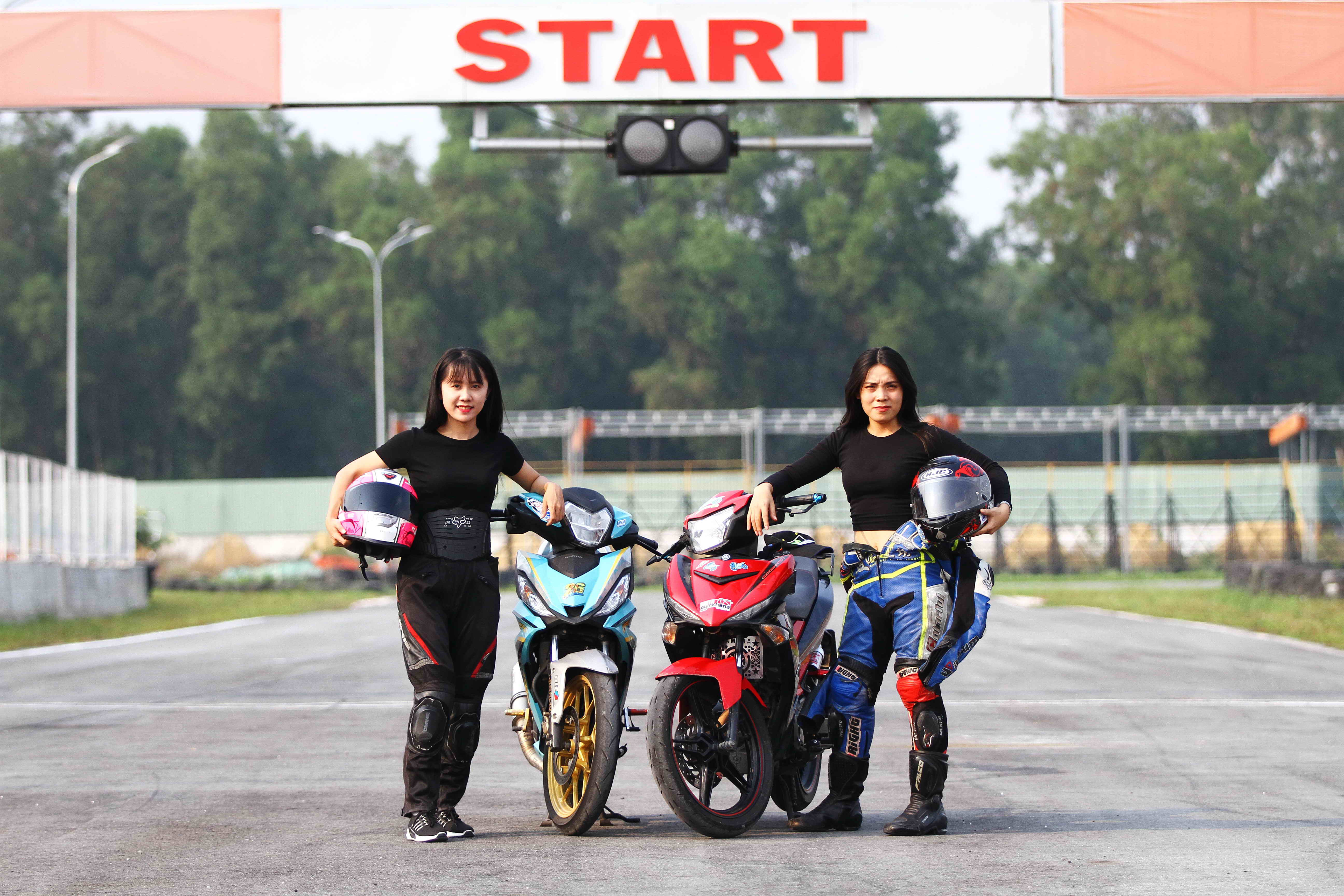 Vietnamese girls with the need for speed

They were faced with around 200 male competitors at the event that took place at Phu Tho Indoor Sports Stadium in District 11, Ho Chi Minh City earlier this February.

The most experienced of the eight girls was Luu Thi Thu Trang.

The 27-year-old racer has been in the field for about four years and has become a real competitor at every event she took apart in.

"I trained by myself, not in any professional class," Trang said.

"Sometimes I was given a few tips. I turned out either the winner or the runner-up at events, so I stuck to it."

Growing up in Dak Lak Province in the Central Highlands, Trang used to teach kids roller skate when she lived in Binh Duong Province.

"Both roller skating and motor racing require flexibility, speed and endurance. I suffer injuries almost in every racing session, but they were minor and normal," she said.

Both were severe with the motorbikes severely broken, but just scratched the racer here and there.

Trang is now an established tailor with a shop of her own, the one that helped her invest in two racing motorbikes and accessories.

But Trang said that racing is just a hobby for her as the money earned from each event is not enough to buy a pair of shoes.

Having in motorcycle racing for less than a year, Nguyen Thi Thanh Thuy has less experience than Trang for sure, but has won high prizes at various competitions.

"I never picked up a sport," said Thuy.

"But I love racing motorbikes. I became familiar with them thanks to my friend and decided to join for fun."

Thuy is now in a group of racers instructed by Japanese coaches.

"They have taught me a lot. I have never trained that hard. But this is a chance for me to challenge myself."

But there was one difficulty for the 24-year-old.

"My mom cried when she heard that I wanted to race. She cried many times."

"I had to ensure her that I only race in circuits, not on the streets. I even had to hide her my injuries."