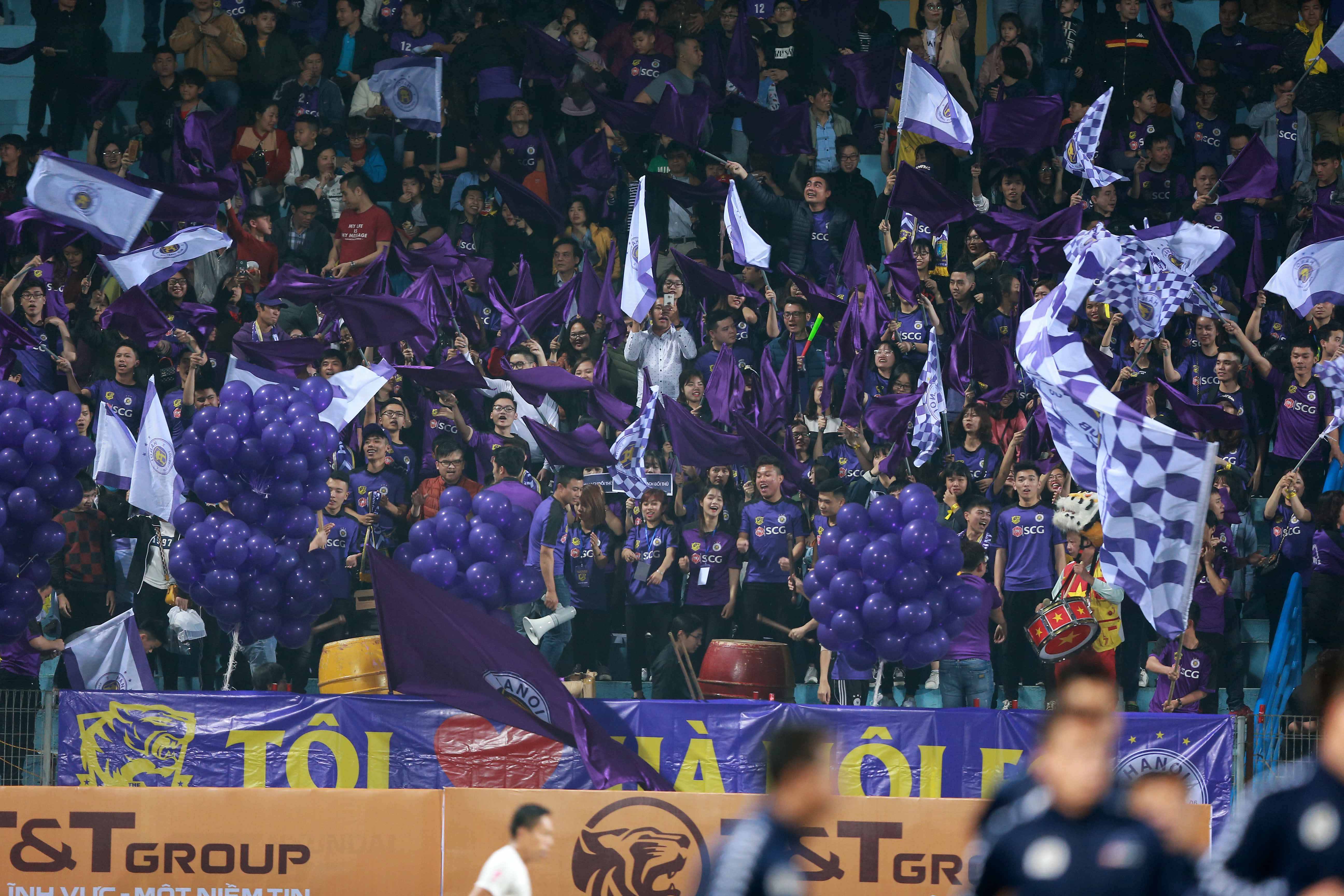 Seas of fans that filled different stadiums across Vietnam stole the limelight of the opening round of the 2018 season of V-League 1, the country’s top-flight football competition, on the weekend.

The impressive number of spectators was attributed to the fact that many members of the U23 team that finished second at the Asian championship in China in January are playing for their clubs at the V-League 1 this year.

Thien Truong Stadium, the home of Nam Dinh FC, was packed with 20,000 fans as they challenged southern rivals, XSKT Can Tho on home soil on Sunday.

Thien Truong received the record number of supporters on Sunday as Nam Dinh fans have had to wait as many as seven years to see their beloved team return to the top-tier competition.

In the meantime, Hanoi FC and HAGL should thank the Vietnamese U23s, as many of the thousands of fans flocking to their respective stadiums on the weekend expected to see the young footballers in the flesh.

Vietnam lost 1-2 to Uzbekistan in the January 27 final of the 2018 AFC U23 Championship in China.

Seven players of the 23-member team that made the historic run at the Asian competition are playing for Hanoi FC at the 2018 V-League 1, and six for Hoang Anh Gia Lai.

Hanoi FC only sent three of their U23 players, Quang Hai, Dinh Trong and Duy Manh, to the pitch, which was enough to earn them the first home victory after beating Hai Phong 1-0.

In the meantime, Hoang Anh Gia Lai only had a goalless draw with Becamex Binh Duong despite 12,000 home supporters and five U23 stars in their formation, proving just how different a professional league is from an underage competition.

After the first round, with four teams yet to play their tournament opener, Than Quang Ninh and Hanoi FC secure the first two spots with three points.