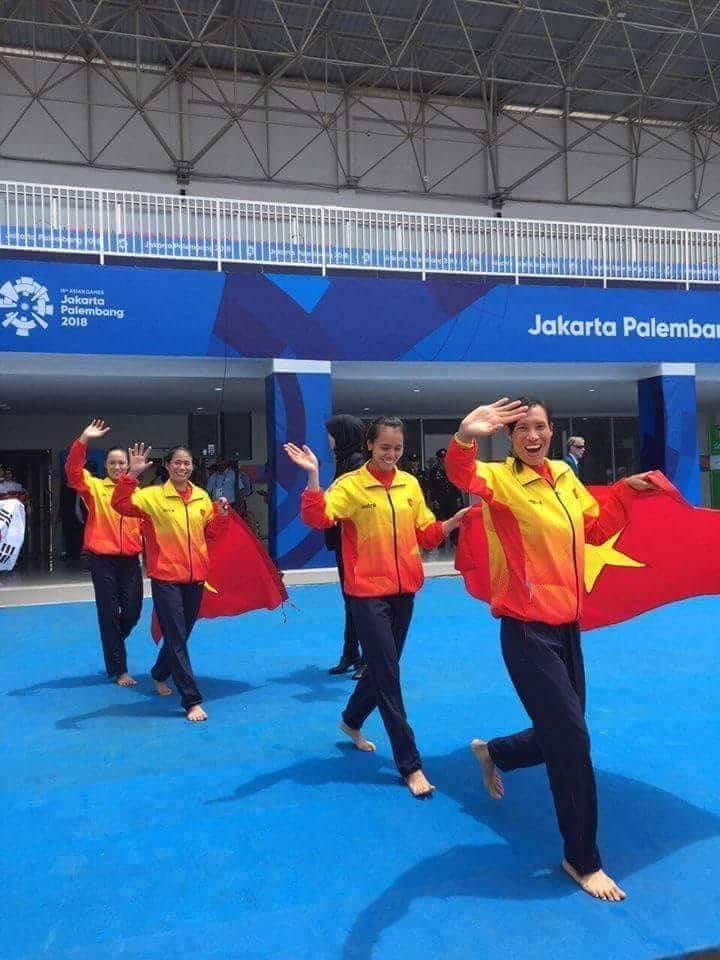 Vietnam has finally reached its goal of winning at least one gold medal in an Olympic sport at the 2018 Asian Games (Asiad) in Indonesia as the country’s women's rowing team paddled into first place on Thursday.

Vietnam's lightweight women's quadruple sculls claimed gold in the final race in the second-to-last day of rowing events held in Palembang on Day 5.

The brilliant performance of the rowers overjoyed Vietnam, as it is the country’s only gold medal so far at the Games.

The feat lifted Vietnam to the 13th position in the medal table with one gold, four silver and seven bronze medals as of 5:00 pm on Thursday.

It is also a historic victory in the Vietnamese rowing’s record, with the highest results Vietnam achieved in the sport being one silver and two bronzes at Incheon 2014.