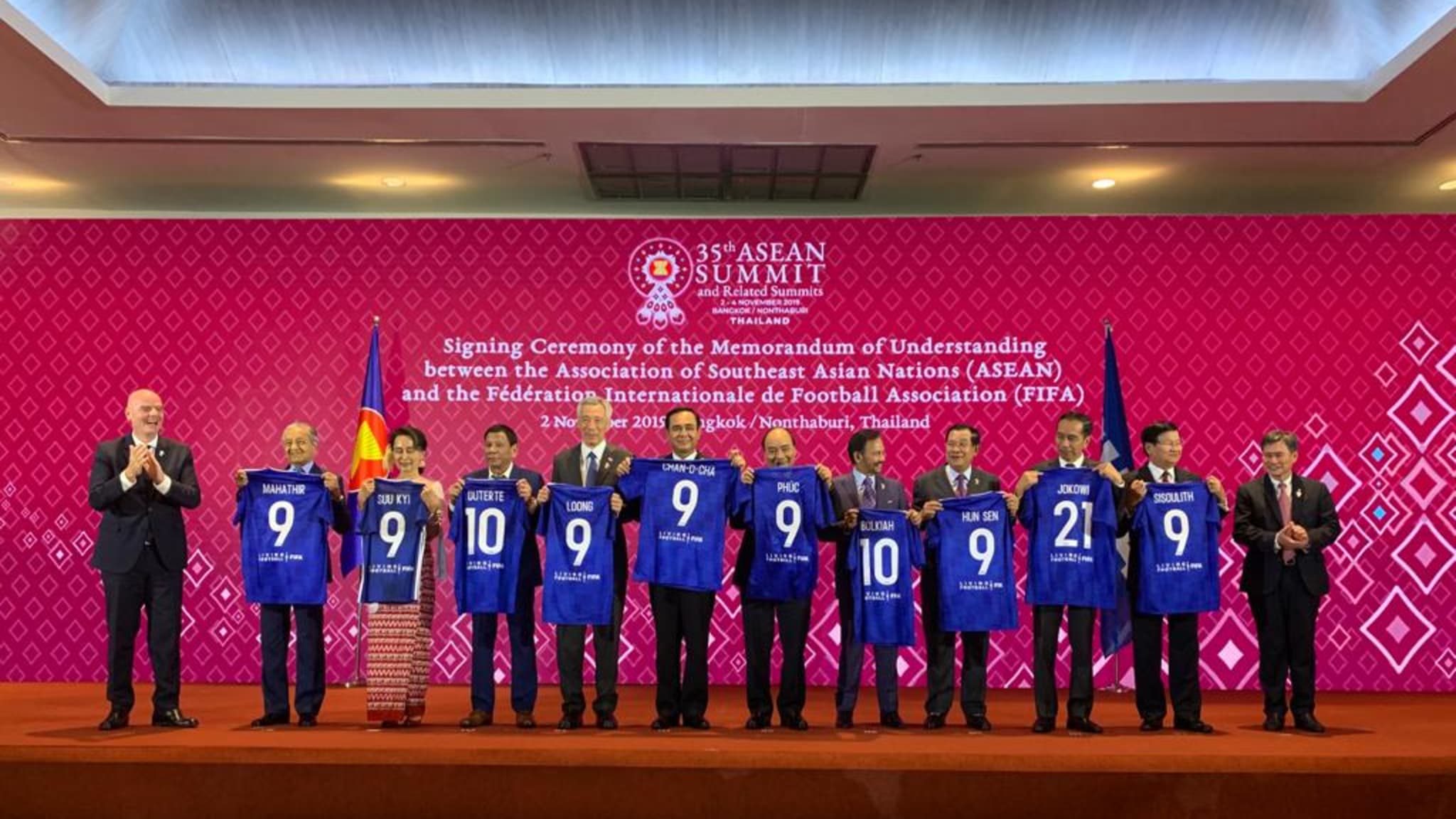 BANGKOK -- Southeast Asian countries signed a deal with soccer’s global governing body FIFA on Saturday to jointly boost the sport as its president said he was happy with the region’s plan to bid for the 2034 World Cup.

The deal, signed at the summit of the 10-member Association of Southeast Asian Nations (ASEAN), aims to boost investment, capacity building and education for the sport in the region, particularly through FIFA’s Football for Schools Programme.

“After some decades of discussions between all the ASEAN countries, finally, we found the one topic that unites everyone. It’s this, it’s football,” FIFA president Gianni Infantino said at the deal’s signing ceremony.

The signing of the memorandum of understanding (MOU) came after ASEAN leaders earlier this year expressed interest in a joint bid to host the World Cup in 2034.

Asia has held soccer’s international showpiece once when Japan and South Korea were joint hosts in 2002, the only time the tournament was hosted by more than one country.

The idea of ASEAN hosting the World Cup was first mooted at the beginning of the decade and advocates say the move could help the region’s profile and integration.

But Southeast Asian national teams are relative minnows with none having ever qualified for the World Cup finals, and soccer leagues in the region still have a long way to go to reach international standards despite football being very popular in a region that is home to more than 640 million people.

“Through this MOU, we look forward to a stronger football and sporting community in the region that builds on unique regional identity and sense of community,” ASEAN’s secretary-general Lim Jock Hoi said.

FIFA promised to bring foreign investment and create job opportunities in ASEAN with the deal, saying Southeast Asians “deserve it.”

He did not give any targets for spending on investment.