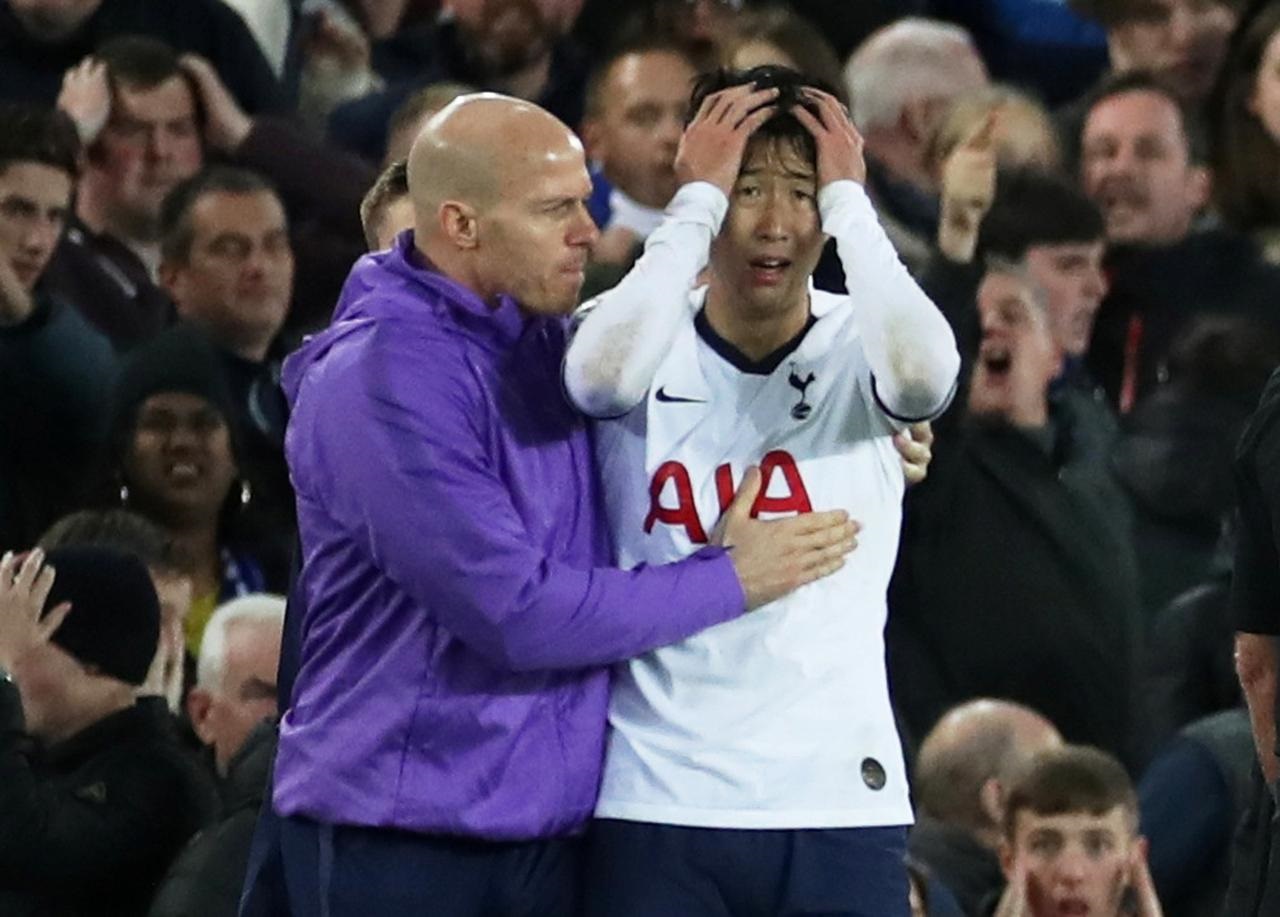 LONDON -- Tottenham Hotspur forward Son Heung-min was left in tears after being involved in an incident that resulted in a sickening injury to Everton’s Andre Gomes on Sunday.

Son was shown a red card after Gomes collapsed to the ground with what looked like a serious injury to his lower right leg.

He was clearly distraught, although his manager Mauricio Pochettino said the decision to send off Son was “unfair” — a view echoed by many former players and pundits alike.

Tottenham’s Dele Alli, who scored his side’s goal in the 1-1 draw at Goodison Park, said Son was inconsolable.

“Sonny is devastated and in tears. It’s not his fault. Son is one of nicest people you’ve ever met. He can’t even lift his head up, he’s crying so much,” Alli told Sky Sports.

It was a confusing situation all round as Son’s attempted tackle made minimal contact with Gomes but the Portuguese midfielder then landed off balance at speed.

Referee Martin Atkinson initially showed a yellow card but then produced a red, apparently after a VAR intervention.

A Premier League statement said: “The red card for Son was for endangering the safety of a player which happened as a consequence of his initial challenge.”

“Shocking decision to send Son off but that’s insignificant in the scheme of things,” former Liverpool and England striker Michael Owen said.

“In its present state it is killing the game. It’s being used to referee the game rather than something in the background to correct the absolute howler,” Lineker said.

Pochettino said his thoughts were with Gomes and that Everton’s players had been into the dressing room to console Son.

“I think Son is devastated because of the consequences. I want to send my best wishes to Gomes. What’s important now is that he recovers well.”

Everton were yet to confirm the extent of the injury although Marco Silva said the player had gone straight to hospital after being carried off the pitch on a stretcher.

“It is a bad moment for us as a group and as a team. It’s more than a football game, this is the most important thing right now,” he said.

Gomes’s injury was not the only talking point from a drab match as VAR again found itself in the spotlight.

Shortly after scoring Tottenham’s goal, VAR was used to decide whether Alli had touched the ball with his hand when he jumped to defend a cross into the box by Yerry Mina.

Despite replays suggested a penalty, while harsh, should be given against Alli, a VAR check taking three minutes decided in favour of the Tottenham player to boos from the home crowd.

Marco Silva said he was “100% sure what happened” after watching the same replays seen by VAR.

“I don’t know why they needed two or three minutes and then decided what they decided,” he said.

Pochettino added: (VAR) is supposed to be helping the referee but it is creating more confusion.”