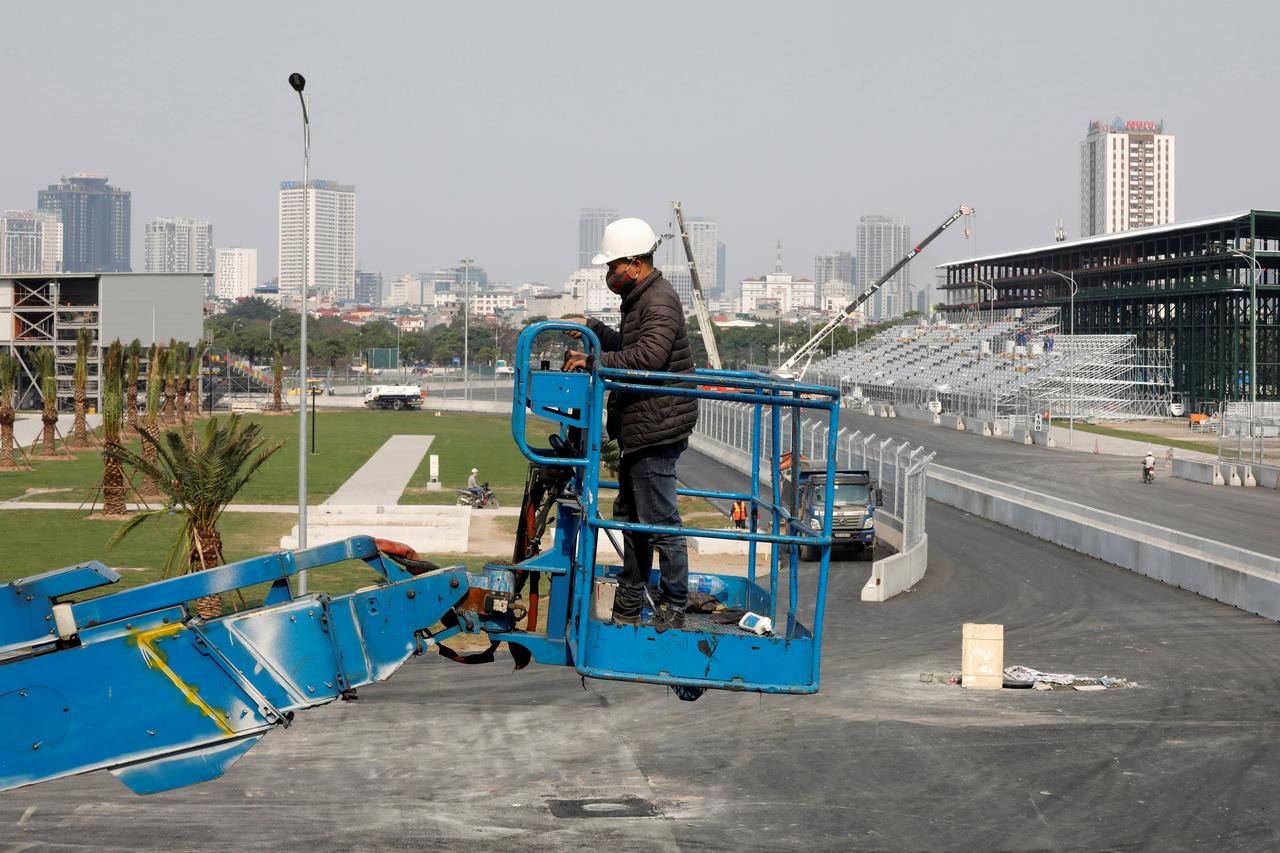 The track for Vietnam’s first Formula One Grand Prix in Hanoi on April 5 has been completed, organisers said on Wednesday amid continuing concern about the coronavirus epidemic that has caused the cancellation of China’s race.

The street race in Hanoi is scheduled to be the third round of the season.

Organisers said in a statement that the last 150 metres of the 23-turn 5.6km track was laid last week along the start/finish line.

“We are ready and can’t wait to welcome the world to Hanoi very soon,” she said.

The Chinese Grand Prix scheduled for Shanghai on April 19 was called off this month and there has been media speculation about the chances of Vietnam’s race going ahead.

A badminton Olympic qualifier scheduled for Vietnam from March 24-29 was postponed to June on Tuesday.

The Badminton World Federation said that decision was made “on the advice of the Vietnam Sports Administration linked to strict health protection restrictions in place in Vietnam.”

The disease is believed to have started in a market selling wildlife in the Chinese city of Wuhan late last year and has infected about 80,000 people and killed more than 2,700, the vast majority in China.

The Vietnamese health ministry said on Tuesday that 16 people in the country infected with coronavirus had been cured with no new cases recorded since Feb. 13.

Formula One’s governing body, the FIA, said it was “closely monitoring the evolving situation” as other countries reported cases of the disease.

“The FIA will evaluate the calendar of its forthcoming races and, if necessary, take any action required to help protect the global motor sport community and the wider public,” it added.

German free-to-air broadcaster RTL announced last week that it would be covering the Vietnam race remotely due to coronavirus concerns.

Italy, home to Ferrari and tyre supplier Pirelli as well as the Red Bull-owned AlphaTauri team, has had 12 deaths and 374 cases of coronavirus diagnosed.

The Ferrari museum in Maranello has been closed and access to the team’s factory restricted.

In Formula One testing in Barcelona, McLaren have barred entry to their hospitality to anyone was has visited China in the past two weeks.