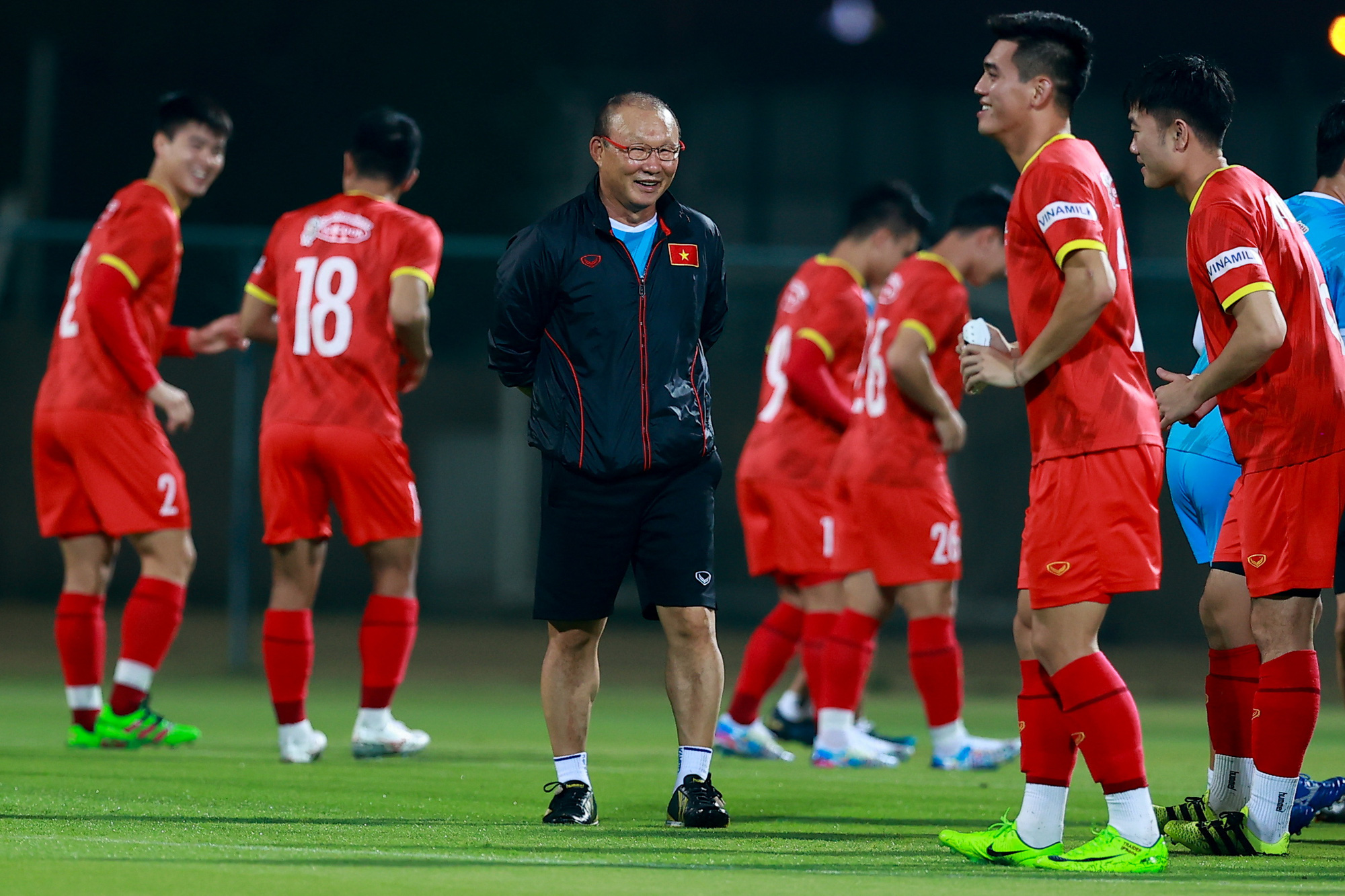 Many betting sites have forecast that Vietnam would win their 2022 FIFA World Cup qualifier against Indonesia in the UAE on Monday night as the Golden Dragons target the full three points.

The game, in the framework of the second round of the Asian qualifiers for the world's most anticipated sporting event in Qatar next year, is scheduled to take place at Al-Maktoum Stadium in Dubai.

With 11 points, Vietnam are topping Group G of the Asian qualifiers, competed by 40 teams drawn into eight groups of five to play home and away round-robin matches from September 5, 2019.

The Vietnamese need at least seven points from the next three games to secure a place in the final qualifying round.

Monday’s match is of great significance to Vietnam as a victory over Indonesia will see them move one step closer to achieving their seven-point goal.

Many Internet betting exchange websites have affirmed the possibility of Vietnam’s triumph.

“Vietnam are seen as hot favorites to win Monday’s clash, and we predict that they will prove their worth on the field,” footballpredictions.com wrote in its prediction offer, in which it forecast Vietnam would claim a 2-0 win.

“The rock-bottom side have little to play for in Monday’s qualifier, and we do not believe that they are capable of spoiling Vietnam’s party in Dubai,” it elaborated, referring to already-eliminated Indonesia’s bottom place in Group G with one point.

In another preview, The Stats Zone stated that “Vietnam are the comfortable favorites” ahead of the game.

The Vietnamese version of online newspaper Goal.com also predicted in its preview article published on Saturday that Vietnam would win 3-1.

Speaking at a pre-match press conference on Sunday, however, Vietnam’s head coach Park Hang Seo showed his risk-averse approach toward the game, saying that Indonesia have changed a lot from the first leg where Vietnam defeated the hosts 3-1.

“The position of head coach has changed as well,” Park added.

“This is a young team with a high fighting spirit.

“I think coach Shin Tae Yong has done a great job, as shown by Indonesia keeping a good balance between attack and defense.”

After Monday’s game, Vietnam are slated to compete against Malaysia four days later and the UAE on June 15.

Prior to the match, Vietnam draw 1-1 against Jordan in a friendly game last week while the qualifying game between Indonesia and Thailand, who currently place third in Group G with nine points, ended in a 2-2 draw on Thursday.

Other competitors in the group include hosts the UAE and Malaysia in the second and fourth spots with the same nine points and goal differences.