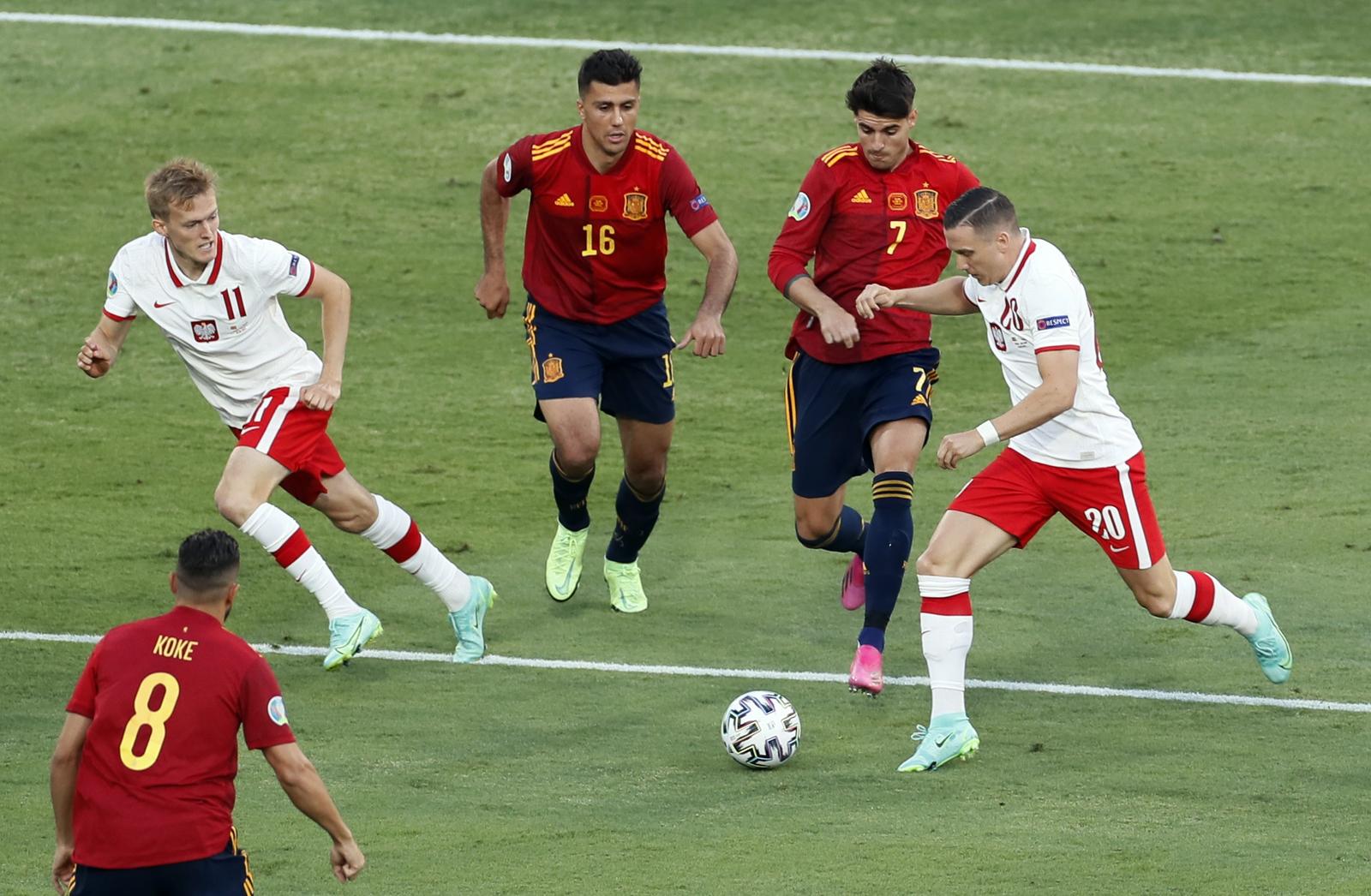 Spain were again haunted by their inability to finish off chances as they drew 1-1 with Poland on Saturday after missing a second-half penalty to leave their hopes of making the Euro 2020 knockout stage hanging in the balance.

Alvaro Morata gave Spain the lead in the 25th minute but Poland, who had hit the woodwork twice in the first half, deservedly drew level with a towering header from Robert Lewandowski in the 54th.

Spain were given a penalty soon after but Gerard Moreno blasted his shot against the post and Morata scuffed the rebound wide, leaving Luis Enrique’s side cursing their profligacy just as in their goalless opening draw with Sweden.

Saturday’s draw left Spain third in Group E with two points and needing a win against Slovakia on Wednesday to guarantee their place in the next round.

Poland are bottom with one point but head into their final game against Sweden with a chance of reaching the last 16.

“We kept on trying until the end but were against a really tough opponent and we lacked a bit of luck.”

Morata added: “It’s another game that has escaped from our grasp and our next game will be like a final to get through.”

Poland felt a huge sense of redemption after losing their opener 2-1 to Slovakia.

“Before this game, hardly anyone believed in us. But sometimes you have to take two steps back to take another one forward,” said defender Kamil Glik.

“I’m glad that we will play the real final against Sweden and I hope that -- even if it’s a bit late, the tournament started for us today.”

Spain played less fluid football than against Sweden but were more direct, while Poland showed far more ambition than the Swedes had and came close to taking an early lead when Mateusz Klich let fly from long range and struck the top of the bar.

But it was Spain who went in front when Moreno cut in from the right wing to cross with his stronger left foot and Morata diverted the ball into the net.

The striker was initially flagged offside but a VAR review gave him the goal and he ran to the sideline to embrace coach Luis Enrique, who has shown so much faith in him in the last two weeks after Morata was booed twice by Spain’s supporters.

Spain nearly doubled their lead when Moreno flashed a free kick wide but Poland came within inches of equalising when Karol Swiderski’s shot skidded off the post and into the path of Lewandowski, who was thwarted by a fine save from Unai Simon.

Spain should have struck again at the end of the first half when Moreno hit the side netting from close range.

Poland kept testing the Spanish defence and deservedly found a way through when Lewandowski soared to head Kamil Jozwiak’s cross into the bottom corner.

Spain got an unexpected chance to restore their lead when Moreno was caught by Jakub Moder but Moreno, who scored all 13 penalties he took last season for Villarreal, hammered his spot kick against the post and Morata could not keep his composure either when the ball bounced towards him.

Luis Enrique’s side kept looking for a winner but had none of their customary cool and resorted to long balls into the box.

They were not far from finding another goal though, substitute Ferran Torres heading wide and Poland keeper Wojciech Szczesny making two brave saves to thwart Ferran and Morata from point-blank range.