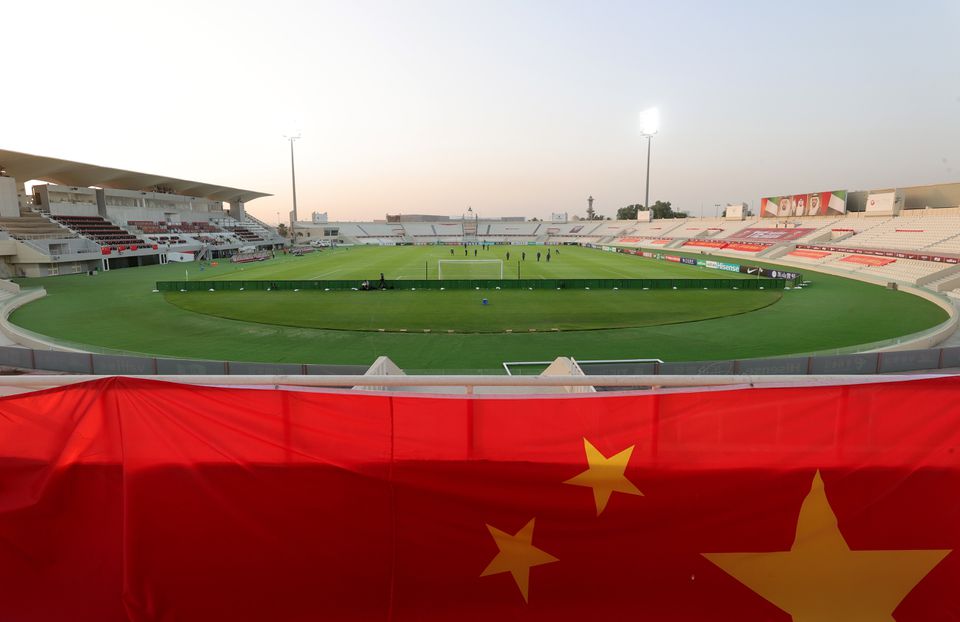 China's 2022 World Cup qualifier next month against Vietnam has been moved to Sharjah in the United Arab Emirates due to the COVID-19 pandemic, the Asian Football Confederation (AFC) said on Monday.

China has been unable to host their matches due to stringent quarantine restrictions put in place by authorities as the country continues to battle against the pandemic.

China have been drawn in Group B of the continent's final round of qualifying for the World Cup alongside Japan, Australia, Saudi Arabia, Vietnam and Oman.

The team will play Japan at a neutral venue in Doha on Tuesday before their third match on Oct. 7 against Vietnam.

"Similar to the current September window, the decision of a neutral venue was confirmed in light of the ongoing COVID-19 challenges faced by the Chinese Football Association in organising its home matches," the AFC said in a statement.

Syria's home match against Lebanon in Group A on Oct. 12 will also be held at the neutral venue of the King Abdullah II Stadium in Amman, Jordan, the AFC said.

Syria and Lebanon are placed alongside Iran, UAE, South Korea and Iraq their group.

The top two sides from each group qualify for Qatar 2022 while the third-placed teams enter a series of playoffs for a possible fifth place for Asian countries.