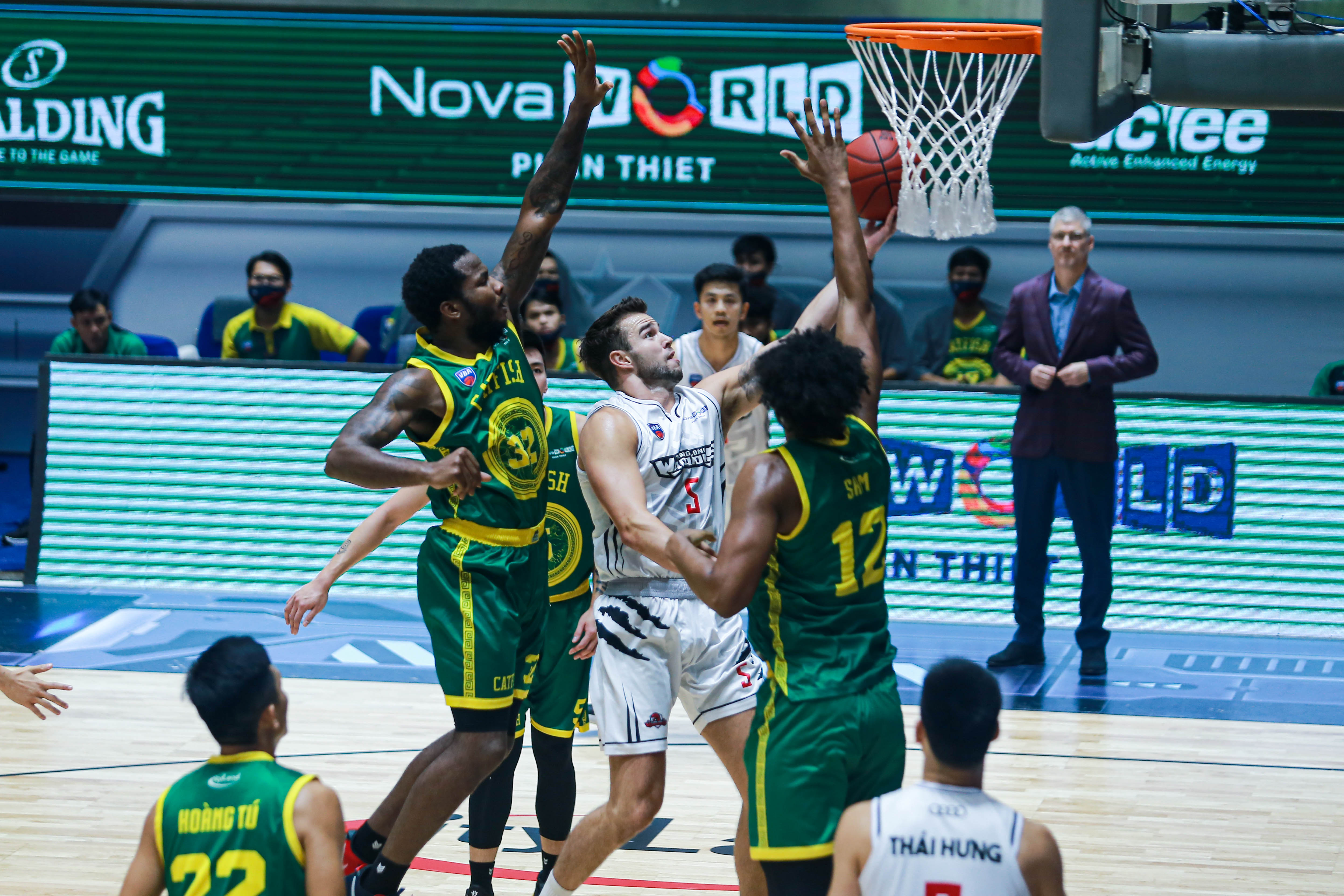 Game 18 of the VBA Premier Bubble Games - Brought to you by NovaWorld Phan Thiet was a fierce battle between two former VBA champions – Cantho Catfish and Thang Long Warriors.

Despite playing at the VBA tournament for the first time, foreign player Tim Guers of Thang Long Warriors was still able to penetrate the defense line of Cantho Catfish with his superior personal technique.

The Mekong Delta-based team was forced to apply double and triple teaming in order to contain Guers.

As Thang Long Warriors previously lost to Cantho Catfish in Game 2 and were on a three-game losing streak, the protégés of coach Martin Knezevic did not hesitate to carry out an aggressive tactic in this rematch.

In Game 18 of the VBA Premier Bubble Games - Brought to you by NovaWorld Phan Thiet, Thang Long Warriors managed to take the lead most of the time despite the absence of Jordan Young.

The team from Hanoi was able to widen the gap at the end of the third quarter and did not have much trouble winning the game 92-74.

The Warriors’ Timothy Guers had a fantastic performance and was named MVP with 25 points, 18 rebounds, and nine assists.