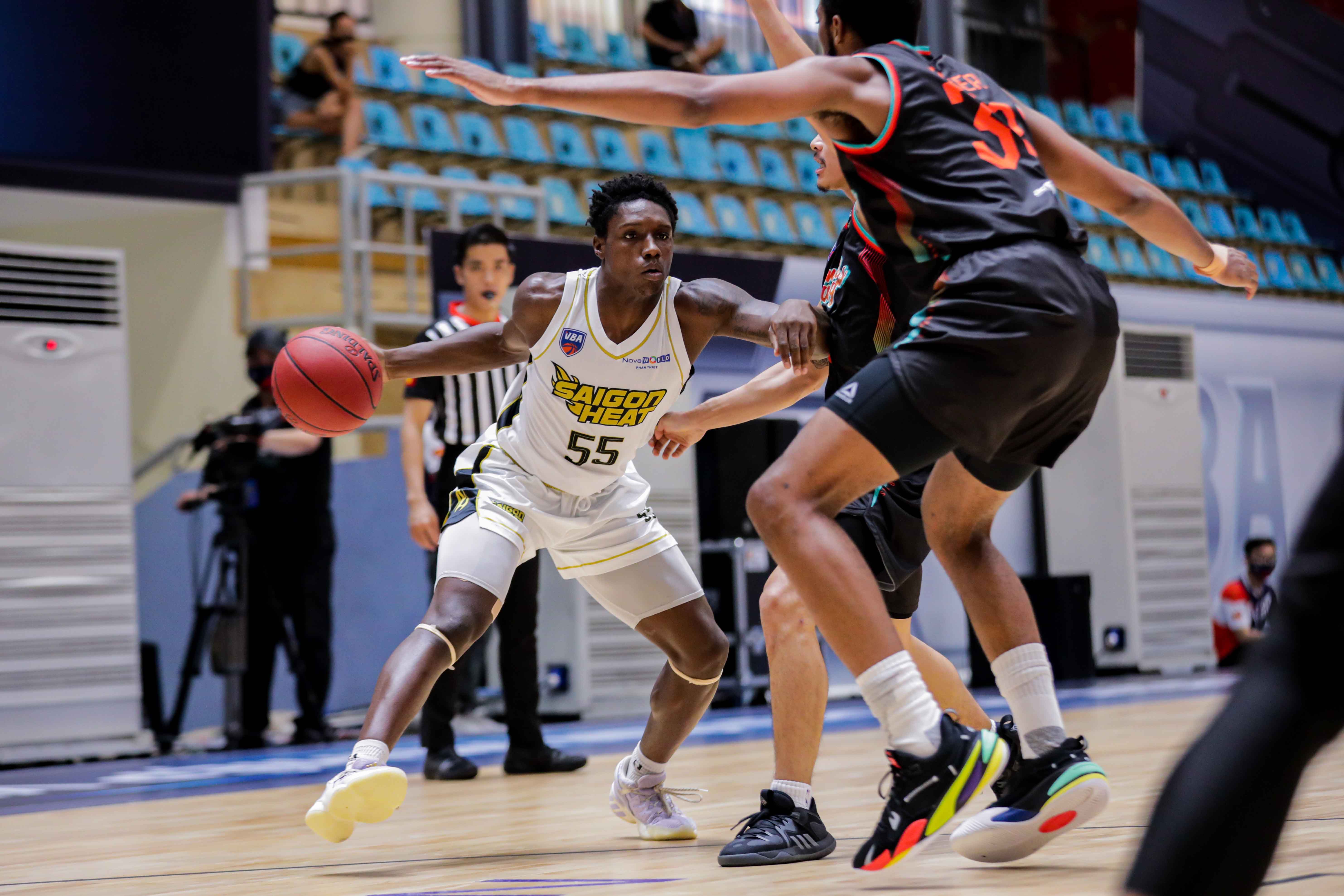 At 1.8 meters, Daquan Bracey, a key defender of Saigon Heat, has spent the season going head-to-head against some of the tallest players at the VBA Premier Bubble Games - Brought to you by NovaWorld Phan Thiet.

Rival of the ‘giants’

One of the smallest athletes in the league, Bracey often finds himself towered over by even some of the youngest Vietnamese players in the VBA.

Though shorter players typically work the outside of the court to avoid going head-to-head against taller players who often tower above two meters tall, Bracey prefers to use his speed to drive right down the middle and force fouls from these less agile ‘giants.’

Bracey’s strategy has been paying off.

In Game 23, 2.06-meter-tall Christopher Carter of Danang Dragons was sent off the court with three minutes left after committing his 5th foul of the game.

Saigon Heat finished the game with a 103-93 victory.

Against Nha Trang Dolphins, Bracey put Christopher Galbreath in foul trouble which forced the latter to play it safe the rest of the match and kept him from using his size to put up a strong defense.

In Game 20, Bracey proved he was a worthy opponent of Hanoi Buffaloes’ ‘block machine’ Mike Bell while consistently moving the ball down the court and into the Buffaloes hoop.

Bracey refused to back down against the giant. He is the only 1.8-meter player who has what it takes to challenge the defense icon of the VBA.

Bracey is currently Saigon Heat’s top scorer and holds the current VBA record of 51 points scored in a single game.

In Game 23 of the VBA Premier Bubble Games - Brought to you by NovaWorld Phan Thiet, two former VBA champions – Danang Dragons and Saigon Heat – did not disappoint their fans.

The Dragons led during the first three quarters, but Saigon Heat ended their hope of triumph with an impressive comeback, winning the game 103-93.

Saigon Heat’s Bracey was named MVP with 41 points and 13 assists.