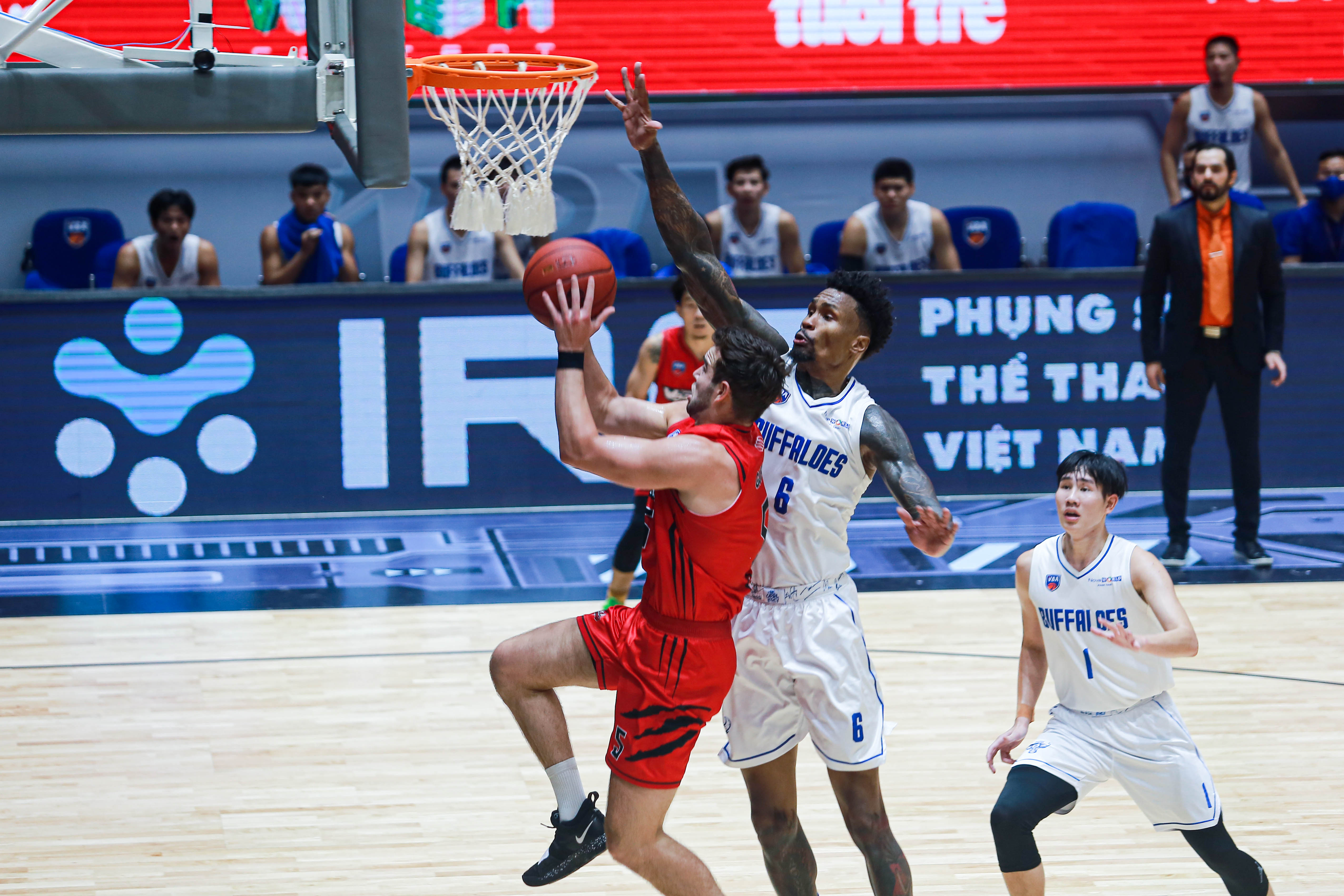 This game marked the first time the two star athletes had gone head-to-head this season.

Bell continued to prove he is the most solid defensive wall across the VBA, blocking three dangerous attacks from Guers.

Guers was not the first ‘victim’ of Bell’s excellent defensive skills.

In a previous game, Christopher Galbreath of Nha Trang Dolphins was unable to penetrate Hanoi Buffaloes’ defense line due to the presence of Bell.

The Buffaloes’ ‘Block Machine’ even foiled many attempts of the other Nha Trang Dolphins players, causing the team to suffer a heavy defeat with a 39-point gap.

Saigon Heat’s Daquan Bracey, a.k.a. the ‘Speed Machine,’ has also had a difficult time trying to get through the Buffaloes veteran, who was named VBA Defensive Player of the Year in 2018 and 2019.

However, Guers of the Warriors was able to shine even in the presence of Bell’s defensive efforts in Game 26.

In the final quarter, Guers found a way to neutralize Bell by coordinating with Bryan Coleman, Van Hung, and other teammates.

The tactics proved effective and helped Thang Long Warriors turn the tables and win the game, and Guers was named MVP.

It was an intense game because both teams wanted to prove they are the best team from the capital, Guers said after the battle.