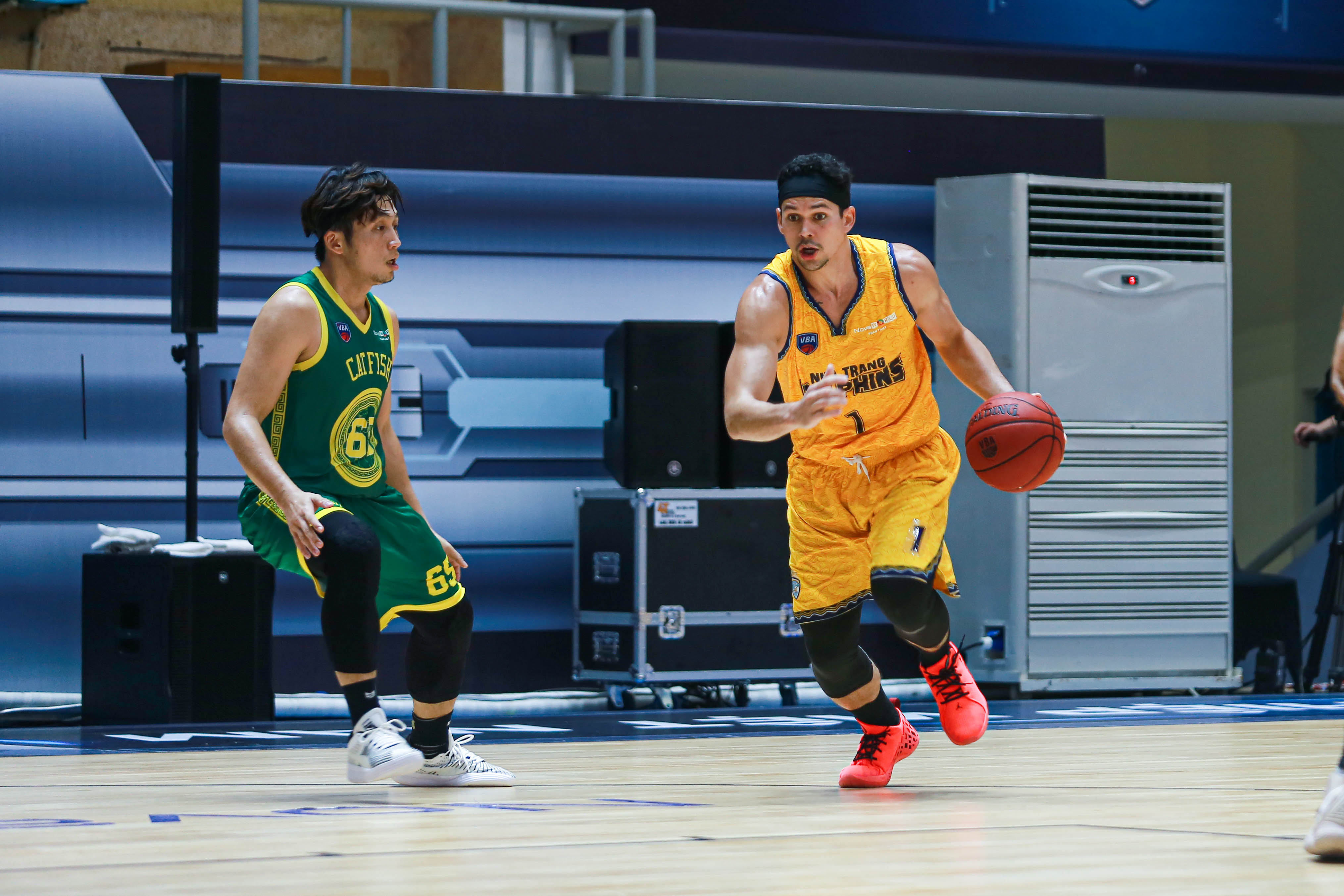 Irish-Thai player Kevin Dasom, who joined Nha Trang Dolphins by chance, has become the team’s missing piece at the VBA Premier Bubble Games - Brought to you by NovaWorld Phan Thiet.

The charming player is considered the most special case in VBA history after playing for two teams in one season.

Dasom first joined Saigon Heat to replace Joshua Keyes due to his injury, but the latter was eventually able to continue competing.

As Nha Trang Dolphins was lacking in a foreign player at the time, Dasom ended up playing for the team.

It was difficult for Dasom in the beginning, as he needed time to understand the play style of his new teammates.

His hard work eventually paid off, as he and Christopher Galbreath have become the dynamic duo that helps Nha Trang Dolphins improve its performance significantly.

In the game against Danang Dragons, Dasom and Galbreath worked together to block a lot of dangerous attacks from Akeem Scott.

Despite their overall loss, the Dolphins still managed to shorten the gap to only seven points.

In Game 29, Galbreath’s height advantage and Dasom’s strength in three-pointers also posed a lot of challenges for their opponents – Thang Long Warriors.

The duo helped put the Dolphins in the lead just six minutes into the second quarter, forcing coach Predrag Lukic of Thang Long Warriors to call a timeout and plan new tactics.

Thang Long Warriors managed to win in the end, but the team admitted that they almost had to pay the price for underestimating the improvement of Nha Trang Dolphins.

Dasom is the missing piece that contributed a lot to this improvement of the team.

“Once understanding my teammates, I will play better and help the team deliver a much better performance,” Dasom stated.

The Dolphins had an impressive start despite going against the former VBA runner-up, but the Warriors managed to set a safe gap in the final quarter thanks to the points scored by Bryan Coleman and Jordan Young.

Thang Long Warriors won the game 88-77, and the team’s Guers was named MVP with 32 points and nine rebounds.