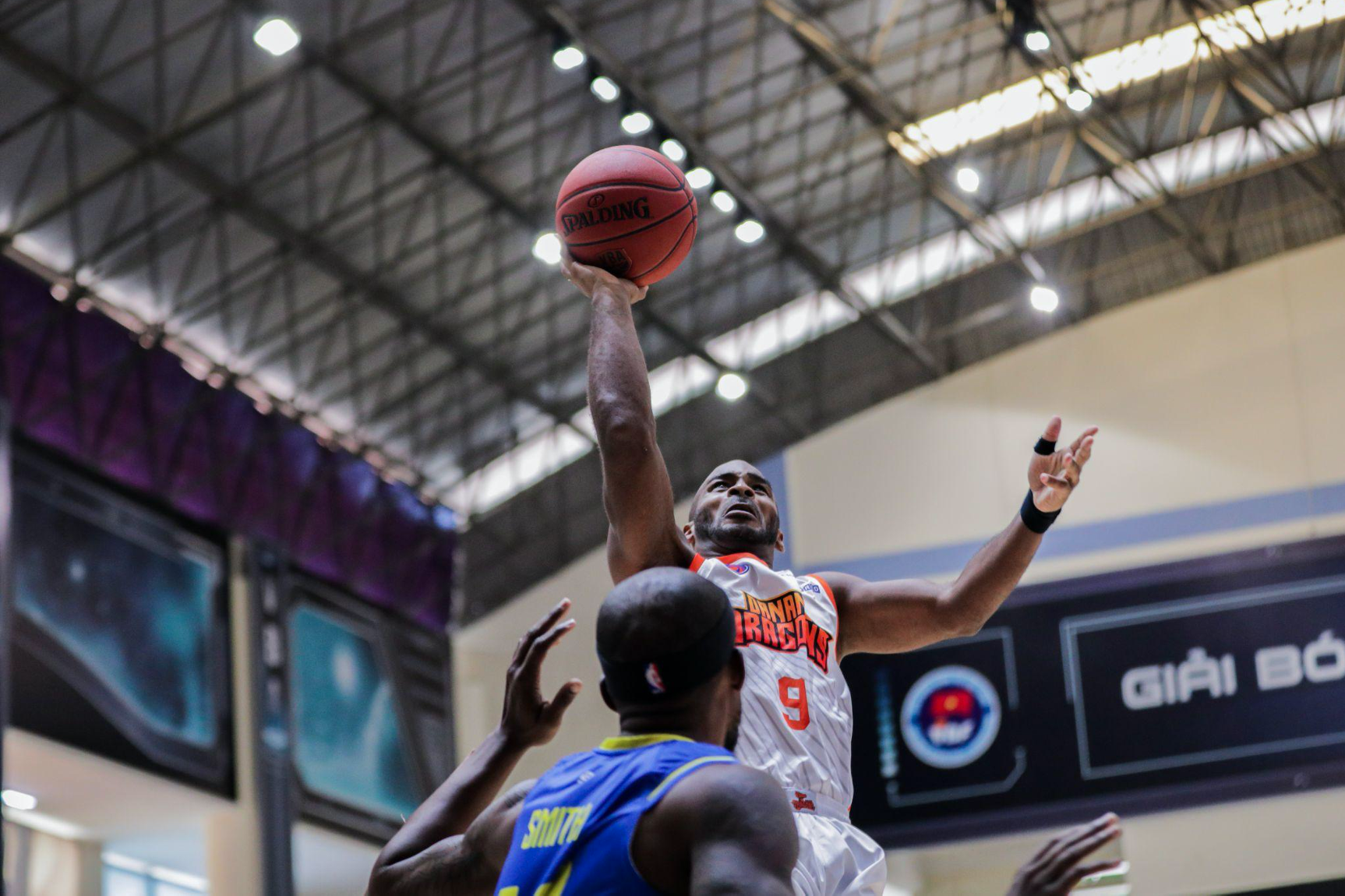 Danang Dragons brought a lot of surprises to the VBA Bubble Premier Games - Brought to you by NovaWorld Phan Thiet, but the team may struggle in the future as its tactics rely too heavily on Akeem Scott.

Scott wowed fans with his superior skills and consistent performance.

Named the MVP in multiple games, the 38-year-old American player basically carried the whole team through this season.

Danang Dragons is now facing a tough choice for the next season, as the VBA is likely to change the rules, allowing only one foreign player on each team instead of two.

If the team chooses to keep Scott, they must accept the fact that the American player will suffer a height disadvantage when going against other foreign athletes.

Standing at 1.86 meters tall, Scott is even shorter than some of the Vietnamese players in the VBA.

If the team replaces him with someone else, that person is not likely to measure up with the skills and experience of the American veteran.

Scott not only contributes to the team with his performance but also plays an important role in boosting his teammates’ spirit.

Despite his absence in the 2020 season, Michael Soy still proved he is one of the best shooters in the VBA this year.

The overseas Vietnamese player has grown a lot in terms of team play.

In the game against the Vietnamese national basketball team, Soy contributed 28 points to help Danang Dragons win the game 97-71.

After winning the championship title in the VBA 2016, Danang Dragons has since been unable to advance to the semifinals in the following seasons.

Coach Phan Thanh Canh thus needed a good assistant who could act as a bridge between the Vietnamese and foreign members of the team, and Stephan Nguyen fit the role perfectly.

Nguyen used to play for the Dragons and helped the team become the VBA champion in 2016.

The duo showed a lot of promise with their team this season.

It will not be a surprise if Nguyen continues to be coach Canh’s right hand during the 2022 VBA season.