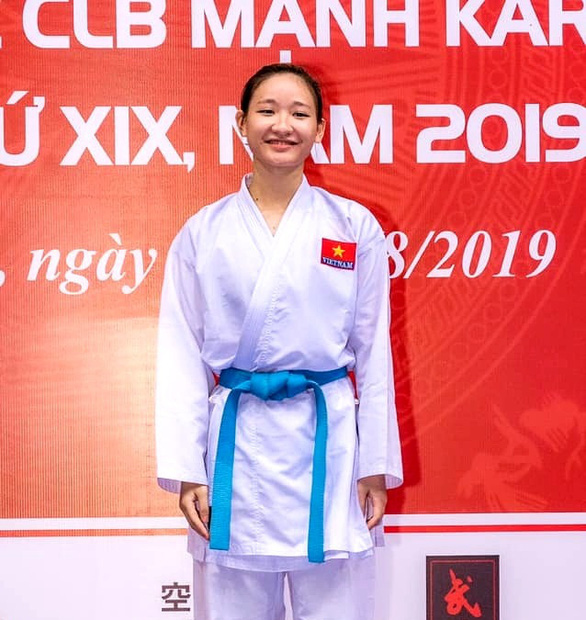 Vietnamese karate player Hoang Thi My Tam bagged the gold medal in the U21 Kumite Female-55kg category at the Asian Karate Championship 2021, hosted by Kazakhstan on December 18-22.

The Vietnamese representative had defeated athletes from the UAE and Iran before she won against Namkhao Penpisut from Thailand in the final round to bring home the precious gold medal.

To get to the tournament, the Vietnamese team had to travel on a long journey from Hanoi to Bangkok, Dubai, and Kazakhstan.

Head coach Duong said in an interview with Tuoi Tre (Youth) newspaper that this competition is a great chance for the Vietnamese athletes to warm up and get ready for the 31st Southeast Asian Games next year, after a long time without any international championships due to the COVID-19 epidemic.

“Tam has tried very hard for the gold medal in this continental championship,” Duong added.

The Vietnam Sports Administration, along with the national team's training board, has put in a big effort to bring Vietnamese karate athletes to the regional competition amidst the pandemic.

The gold medal is a well-deserved award for the whole team with their hard work.

The Vietnamese karate squad will return home on December 23 upon the tournament completion, and undergo week-long quarantine in accordance with the COVID-19 regulations.

This year’s competition sees the participation of nearly 500 athletes from 23 different nations and territories.