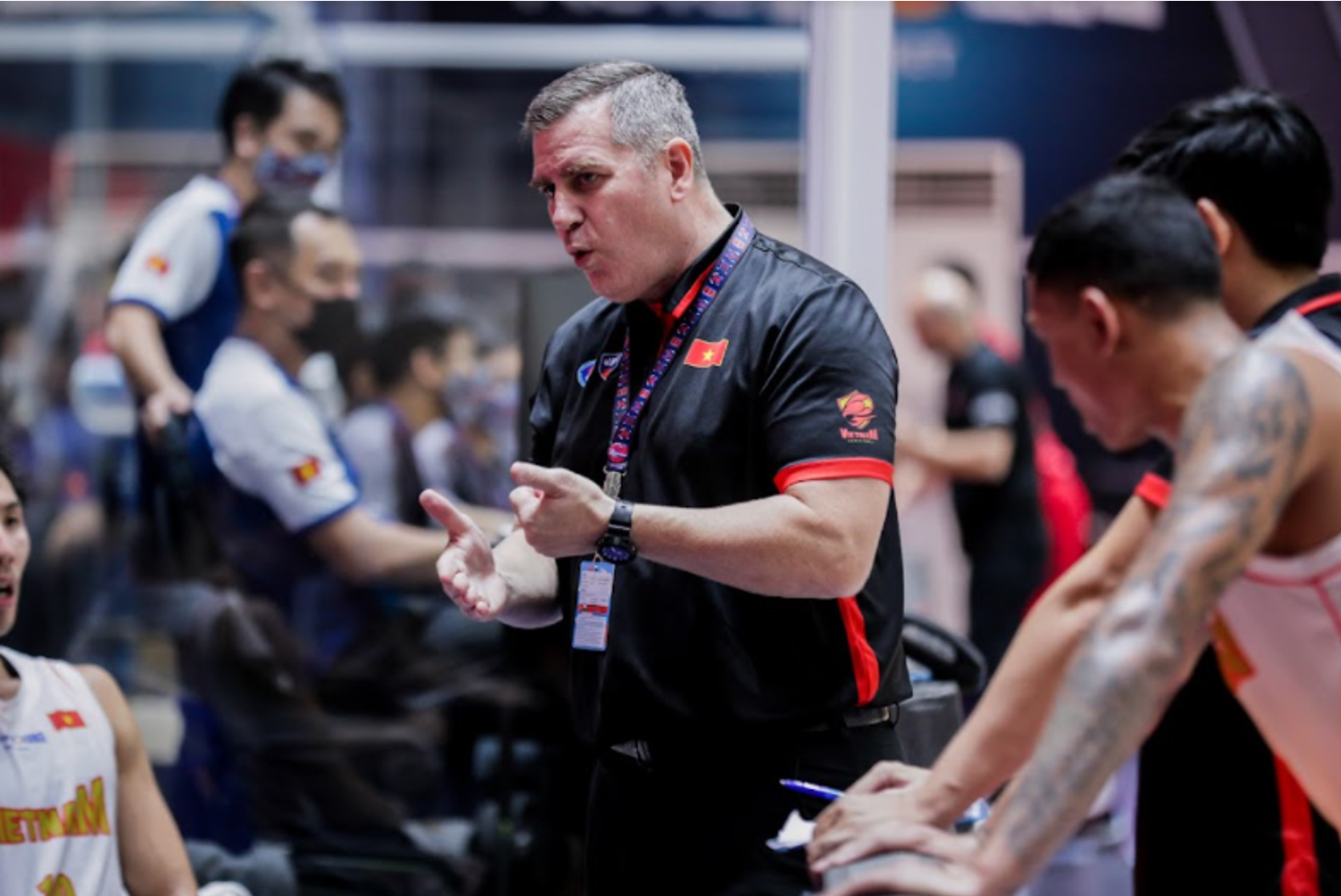 A docu-series on the Vietnamese national basketball team’s journey to the 2021 Southeast Asian Games (SEA Games 31) offered a spotlight on the positive changes that players have made over the past several months.

The transformation was highlighted in the third episode of the series – ‘We Are Red & Gold’ – which was posted to the Facebook page of Vietnam Basketball Federation (VBF).

Many fans were worried about the fate of the team when Tam Dinh, a key player, was injured in Game 16 of the VBA Premier Bubble Games.

Down a player and anxious about how his squad would fare against the two foreign players in the opponent's lineup, coach Kevin Yurkus had his men switch to a pick-and-roll offense strategy.

They also took advantage of Phu Vinh and Duc Kien’s height, while Justin Young provided support by blocking out opponents.

“Coach Yurkus prepared us for every scenario, so we’re always ready to adapt if someone gets injured,” said national team player Le Ngoc Tu.

“Any player is capable of scoring points, including the substitutes, which makes us even stronger.”

The changes, along with the return of star player Khoa Tran, gave the Vietnamese national basketball squad a much-needed boost in the last two games of the season.

Khoa Tran played an important role in helping his side defeat strong rivals in the league, including Ho Chi Minh City Wings.

In their game against Danang Dragons, though the national team lost by just one point, they were able to show off the true strength of each and every player.

Young said he was confident that the national team has grown a lot following the VBA Premier Bubble Games.

Coach Yurkus stated that his team had a high chance of winning as they advanced further into the season and players begin to adapt to their opponents.