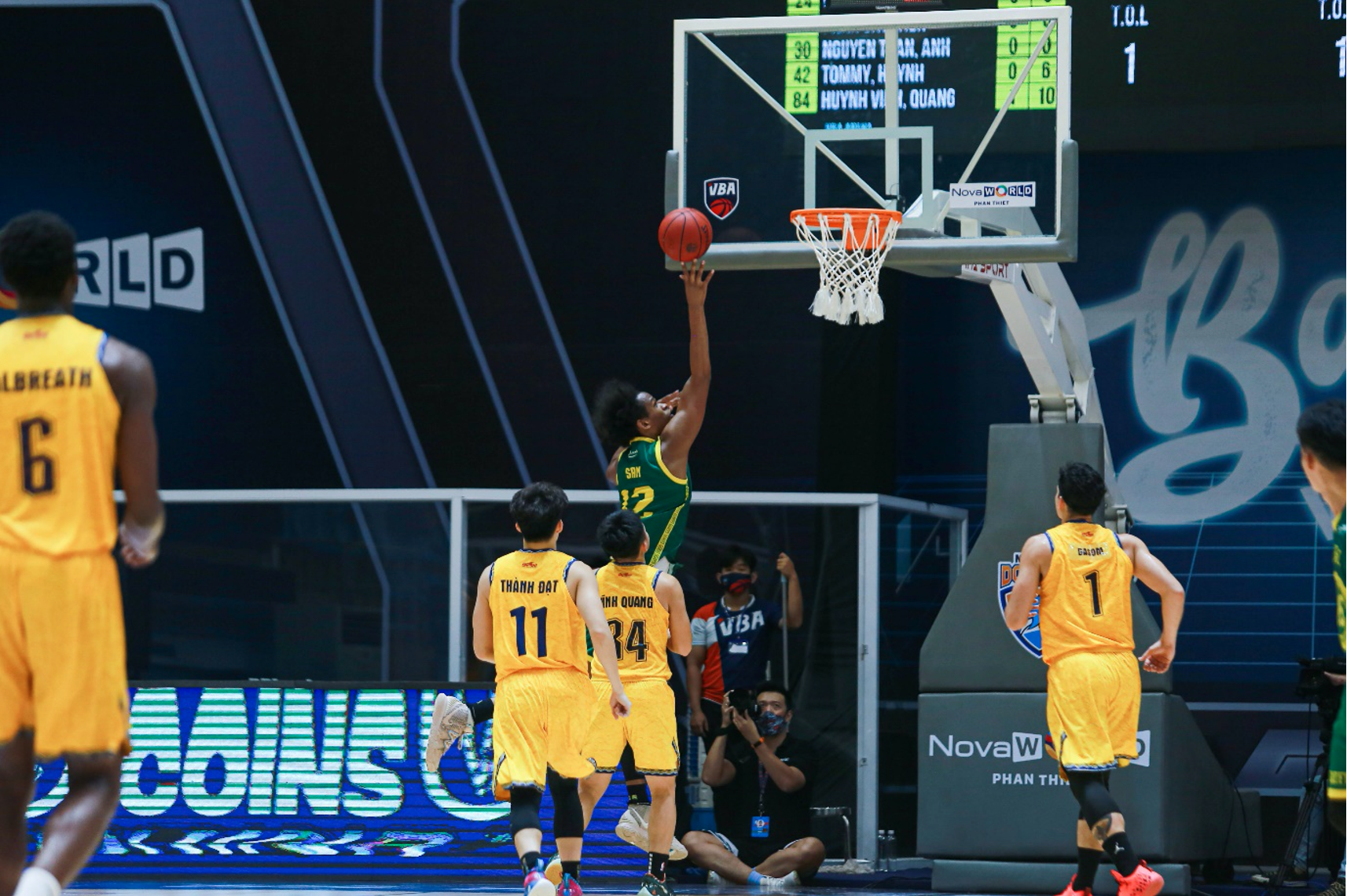 In Game 21 of the 2021 VBA, Nguyen Van Vinh of Cantho Catfish quickly counterattacked after Nha Trang Dolphins lost the ball.

Spotting a space around his teammate Jared Sam, Van Vinh passed the ball high into the area under the basket.

Without hesitation, Sam jumped, caught the ball, and executed a bank shot.

The 2.07-meter-tall forward displayed impressive athleticism in the air.

Vinh and Sam’s difficult alley-oop, in which one player throws the ball near the basket for a teammate to jump and catch the ball in mid-air before slam-dunking it, wowed many spectators as the play is considered a top-level technique that few veteran VBA players can perform while Van Vinh is only 21 years old.

“It’s a very random situation that I didn’t give it much thought and spontaneously came up with such a pass,” Vinh said.

“It’s an execution that I have never done before."

In Game 4 between the Vietnamese national basketball team and Danang Dragons, the sprinting ability of the nearly 40-year-old Akeem Scott amazed fans.

Despite starting later from a far distance, Danang Dragons’ Scott still managed to catch up with Du Minh An of the Vietnamese team and chose the correct moment to jump and successfully block the ball.

The perfect chase to stop the quick counterattack of the Dragons leader is considered one of the best defensive moments at the VBA Premier Bubble Games 2021 and reminded spectators of NBA basketball star LeBron James’ signature chase-down blocks.

Young foreign player Makinde London of Ho Chi Minh City Wings scored many dunks at the 2021 VBA, including an impressive one in Game 19 against Danang Dragons.

After his teammate Vo Huy Hoan’s shot spun out of the basket, in a split second, London rushed in like an arrow from beyond the three-pointer arch to catch the ball and score emphatically with a huge slam dunk.

London’s dunk gave his teammates a boost of energy that could be seen in their play.

The dunk was just one of many that made London one of the fan favorites, not to mention helping Ho Chi Minh City Wings win several games at the VBA Premier Bubble Games 2021.