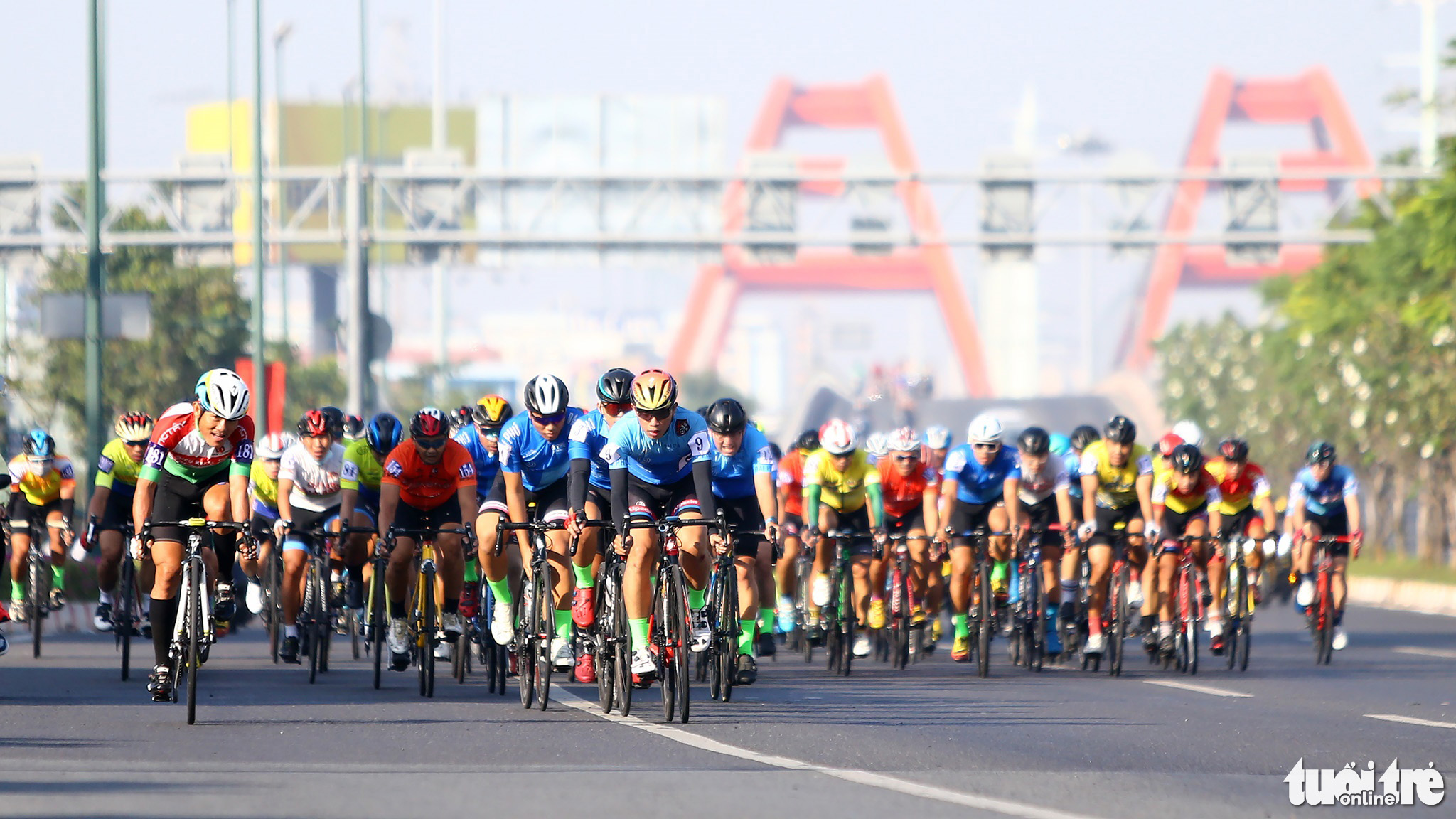 Nearly 200 people participated in a cycling race to mark the one-year anniversary of the establishment of Ho Chi Minh City’s Thu Duc City on Sunday.

Co-organized by the municipal People’s Committee, the Department of Culture and Sports, and the Ho Chi Minh City Federation of Bicycle and Motorbike Sport, the competition kicked off at 7:00 am on Sunday.

Nearly 200 cyclists from 20 cycling clubs in Ho Chi Minh City and neighboring Dong Nai Province particpated in the event and were divided into two age groups, namely 16-40 and 41-55.

The race route began at the headquarters of the Thu Duc City People’s Committee, stretched 54 kilometers around Thu Duc, and ended at Thoi Dai Bridge.

The racers crossed the finish line at around 9:00 am the same day.

Cash prizes topping VND97 million (US$4,270) in total were handed to individuals and teams with the best results.

Thu Duc City was officially established on January 1, 2021 based on a resolution issued by the National Assembly Standing Committee.

Consisting of Ho Chi Minh City’s District 2, District 9, and Thu Duc District in the past, it is the first city in Vietnam to be administered by a centrally-controlled municipality.