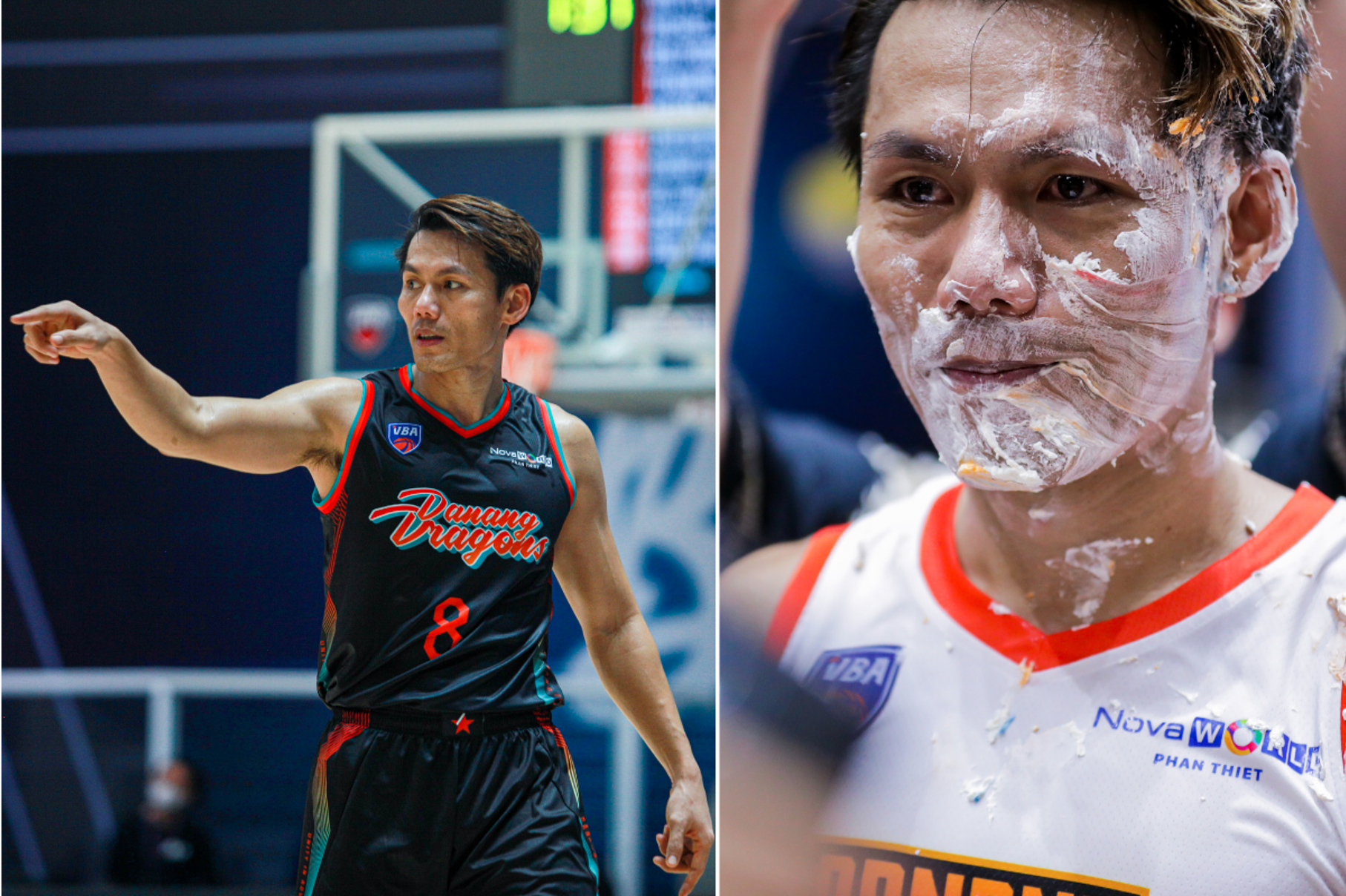 Always looking for ways to overcome their limits, choosing to continue playing after retirement and the ambition to mark Vietnamese basketball on the regional map are the desires of some veteran players at the VBA.

In 2019, To Quang Trung retired from the professional basketball competition to begin his coaching career at Cantho Catfish as well as teaching profession at the University of Sports Ho Chi Minh City.

The once-time Mekong Delta basketball star was filled with emotions upon his return.

“The two years that I took a break from VBA was a really tough time,” said Trung.

“I’m also getting old and my hair has turned gray.

“The most important reason for my return this year is the enthusiasm and passion for competition is still in me.

“I want to be a substitute player.

“I’d rather be on the court than sit out.”

Overcoming the barrier of age, Trung played persistently and scored many points to contribute to Danang Dragons’ many wins.

A pillar of the Hanoi Buffaloes at the VBA through the years, foreign player Mike Bell always has strict standards of discipline and practice.

Every time he practices, he tries to surpass his old stats and set new highs.

Fans rarely see the holder of the ‘Best Defensive Player’ title of the VBA in two consecutive years 2018 and 2019 show emotions.

“You won’t see me sad or happy when I have a failed or successful ball, because as soon as I finish it, I immediately think of how I can help my teammates in the following phases,” Bell said.

“I could say, I put that situation behind me right away.”

Vietnamese-born player Justin Young said he has never regretted giving up his stable future in the U.S. to return to Vietnam to pursue a basketball career.

“Starting from 2016 until now, I’ve been determined to be a professional basketball player in Vietnam,” Young said.

“It was the best decision of my life and I never regret it.”

Having spent six years at the VBA, Justin Young is a player who rarely shows strong emotions on the court.

The captain of the Vietnamese team always holds the ambition to make a mark for Vietnam on the regional basketball map.

“With what I went through at the 30th SEA Games, when we won two bronze medals, I feel honored to enjoy that moment,” he said.

“And from that moment, I wanted to devote myself to the future of Vietnamese basketball.”