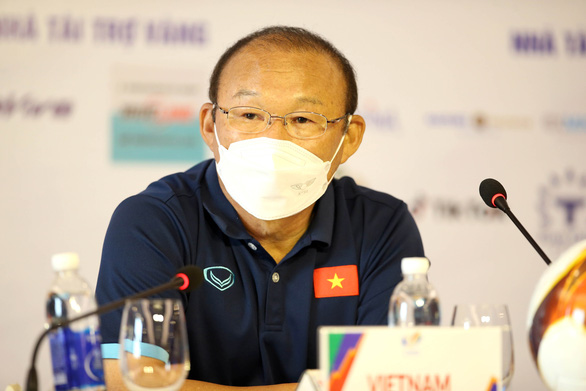 Vietnam’s U23 footballers have a tough battle ahead of them as they prepare to defend their championship title, head coach Park Hang Seo stated at a press conference on Thursday prior to his side’s opener against Indonesia in Group A of men’s football at the 31st Southeast Asian (SEA) Games.

It will be broadcast live on national channels VTV5 and VTV6.

“Vietnam’s U23 footballers are under great pressure, but I’m certain we’ll retain the gold medal and make the fans happy at the 31st SEA Games,” coach Park Hang Seo said, reminding fans that Vietnam secured their title by outplaying Indonesia at the 30th SEA Games in the Philippines in 2019.

Indonesia now have a new head coach – Shin Tae Young – who many believe has transitioned the team to a more advanced level of play.

Although Vietnam will have the home-field advantage, Shin’s comments about the game have been nothing but full of confidence.

In addition to Vietnam and Indonesia, Group A also includes the Philippines, Timor Leste, and Myanmar.

Singapore, Laos, Thailand, Malaysia, and Cambodia make up Group B.