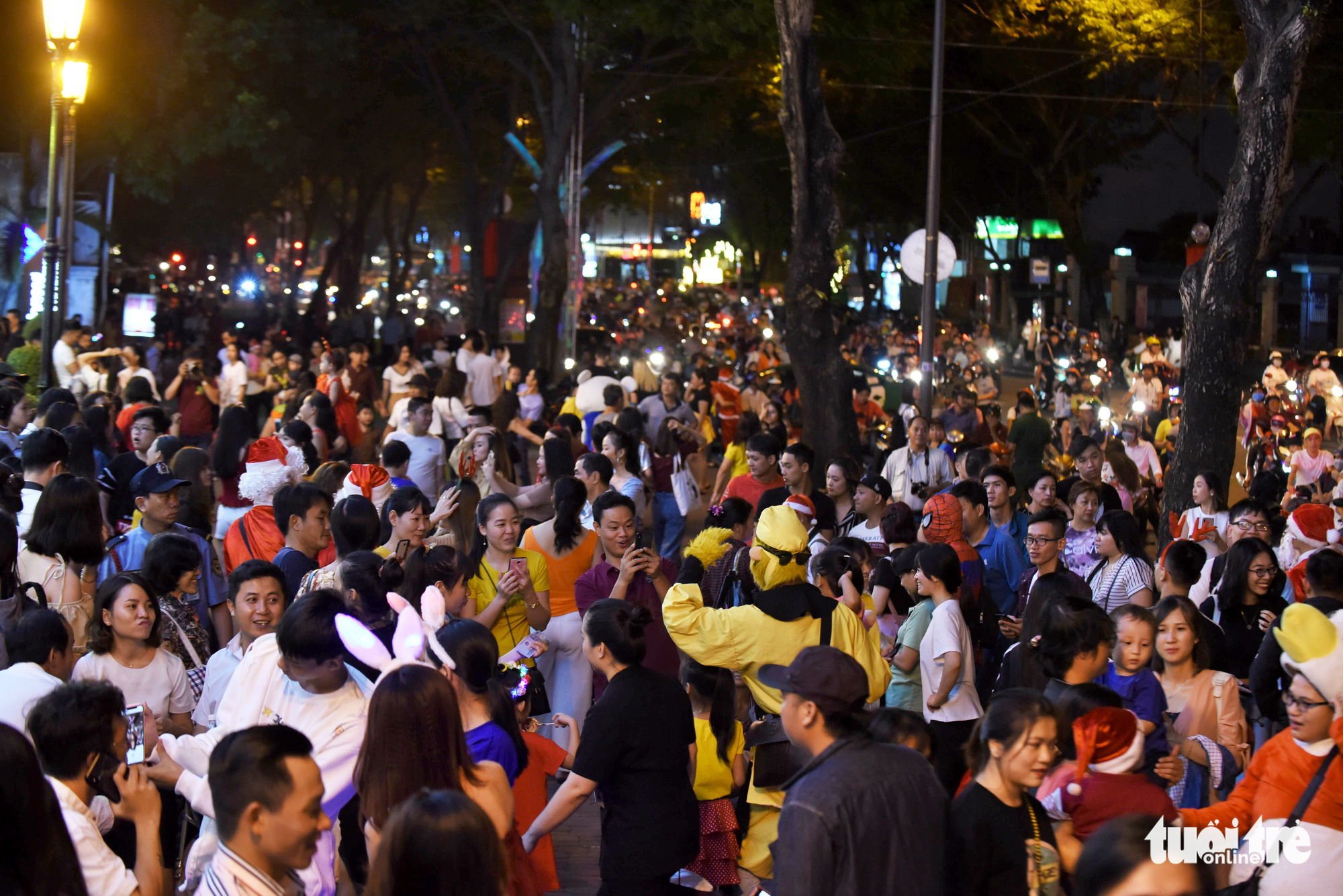 Many people flocked to celebrate Christmas Eve along crowded and bustling streets in downtown Ho Chi Minh City on Tuesday.

The cool and pleasant weather made the celebration even more enjoyable throughout the metropolis.

Large crowds were also seen at major shopping malls in District 1, where people took photos with colorful and vibrant Christmas lights and decorations.

More and more people headed to the city center toward the end of the day, causing traffic congestion along many routes.

It was also difficult to find a motorbike parking lot on the night.

Traffic police officers were mobilized to regulate traffic and ensure safety and order on the streets.

“It is so joyful and bustling here, but the traffic is not so great,” said Nguyen Vu Phu Tho, a resident from Binh Thanh District.

“I came here early in the evening but it was already filled with a lot of people.”