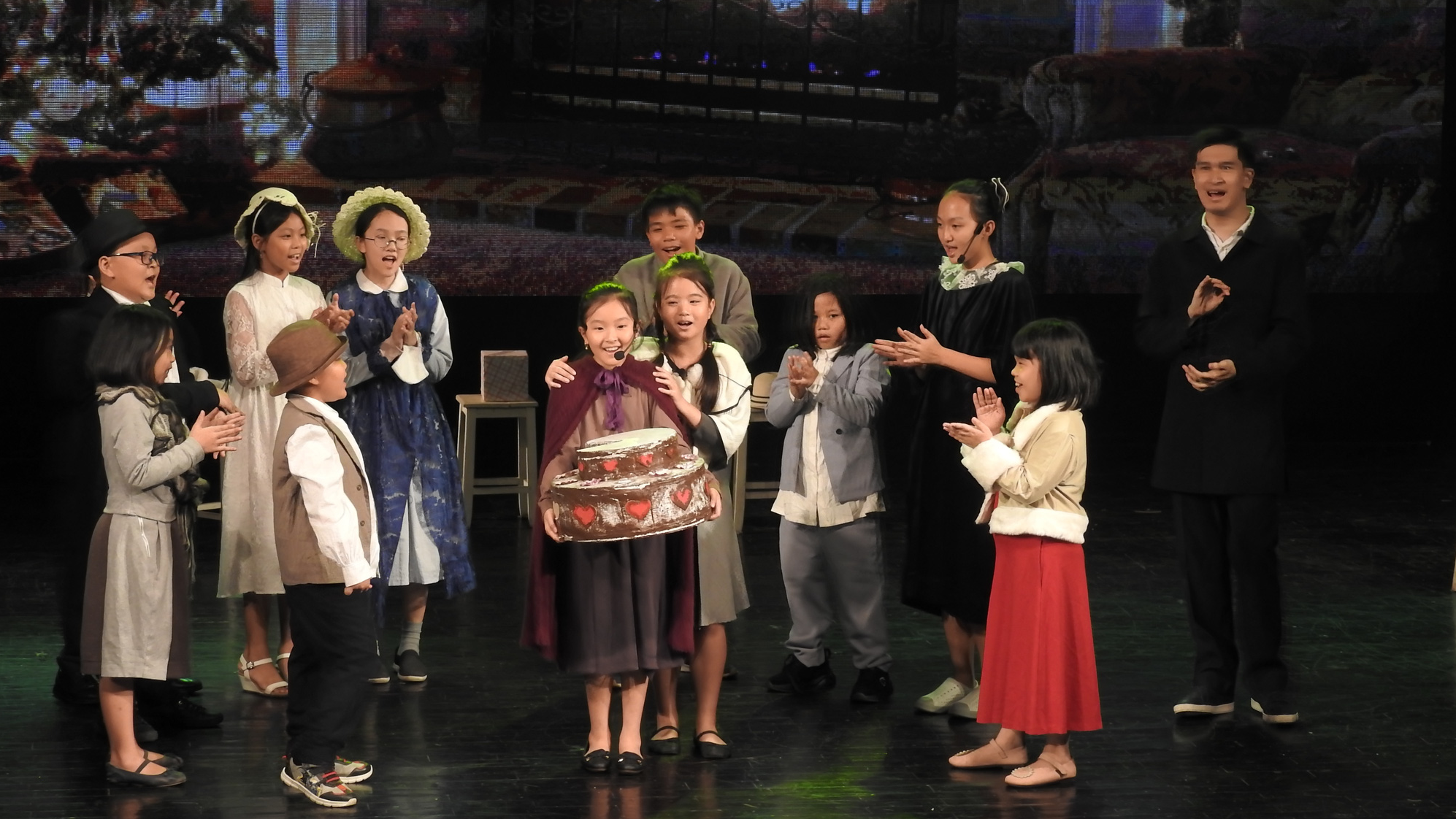 A musical adaptation based on the classic Hans Christian Andersen folktale ‘The Little Match Girl,’ performed solely in English by 40 Hanoian students, managed to sell 98 percent of the seats during its two-night run last weekend.

Hoang Tung’s interpretation of ‘The Little Match Girl’ was taken to the stage of Tuoi Tre Theater in the capital city on two consecutive nights of Saturday and Sunday with the help of director Truong Son, a troupe of 40 Hanoian students, the Diversity Choir as well as a few professional performers.

A different ensemble of leading actors and actresses performed on each of the nights.

A total of 98 percent of available tickets were sold for the two presentations, an achievement that is hardly matched by even professional productions during the COVID-19 pandemic.

This was, in part, thanks to parents of the troupe who bought tickets to show support for their children in a new endeavor.

This rendition of ‘The Little Match Girl’ was created by Hanoi Arts for Youth (HAY), an initiative that brings theater and the performance arts discipline to young amateurs.

Considering their lack of prior training in acting, vocal, and dancing, the cast proved their immense dedication to theater by pulling together a complete English-speaking musical after only six months of weekend practice.

As did with two previous HAY productions — ‘Matilda’ and ‘Nobody’s Boy,’ all 15 songs used in Hoang Tung’s ‘The Little Match Girl’ are originals written specifically for the occasion.

However, this year’s project stands out from the previous with a first-time collaboration between the musical troupe and the Diversity Choir, both of which constituted a cohort of 100 dilettantes in the production, not to mention several professional actors and actresses in supporting roles.

An art collective striving for minority representation in arts, the Diversity Choir has embraced the appearance of people with disabilities during their appearance at Tuoi Tre Theater.

Hoang Thu Huong, director of HAY, said that the project yearns to bring a comprehensive education environment to youngsters via the medium of arts.

Their model of theater art-based education is the only of its kind in the capital city and has attracted a total of 300 students after three years of establishment, Huong said.