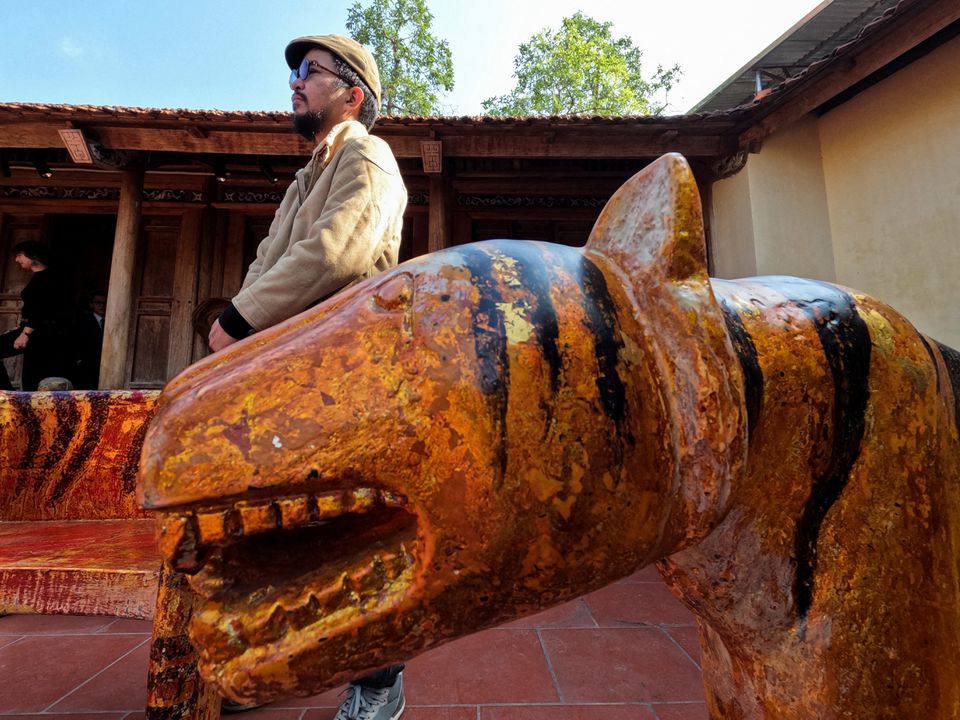 DUONG LAM, Vietnam -- As Vietnam prepares to celebrate the Year of the Tiger next month, local artist Nguyen Tan Phat has been busy making hundreds of ornately carved sculptures of tigers to mark the upcoming Lunar New Year.

Phat, who originally specialised in traditional Vietnamese lacquer work, aims to make 2,022 tigers carved from wood and laterite in the next few months.

While he often creates art themed with the zodiac animal of the year, Phat said he felt a particular draw this time.

"I am very fond of tigers as an animal, as they are so powerful yet so majestic," said Phat, speaking from his home and workshop in Duong Lam, a historic village just north of Hanoi.

The eclectic mix of tiger sculptures are made from local materials including the wood of the jackfruit tree and a clay-like laterite commonly used in buildings in the area.

Some carvings are also encrusted in crushed egg shells and sea shells to form stripes and other markings.

Phat said it takes about six weeks to complete one tiger, with painting and lacquer work particularly time consuming. He works on multiple tigers at a time and employs two or three people to help with sanding, lacquering and finishing tasks, he said.

"I paint them with about 10 layers," the 39-year-old artist told Reuters.

Phat has completed more than 800 tigers in a variety of forms, ranging from palm-sized carvings to five tiger-shaped chairs. He plans to put all 2,022 tigers on display in an exhibition before selling them.