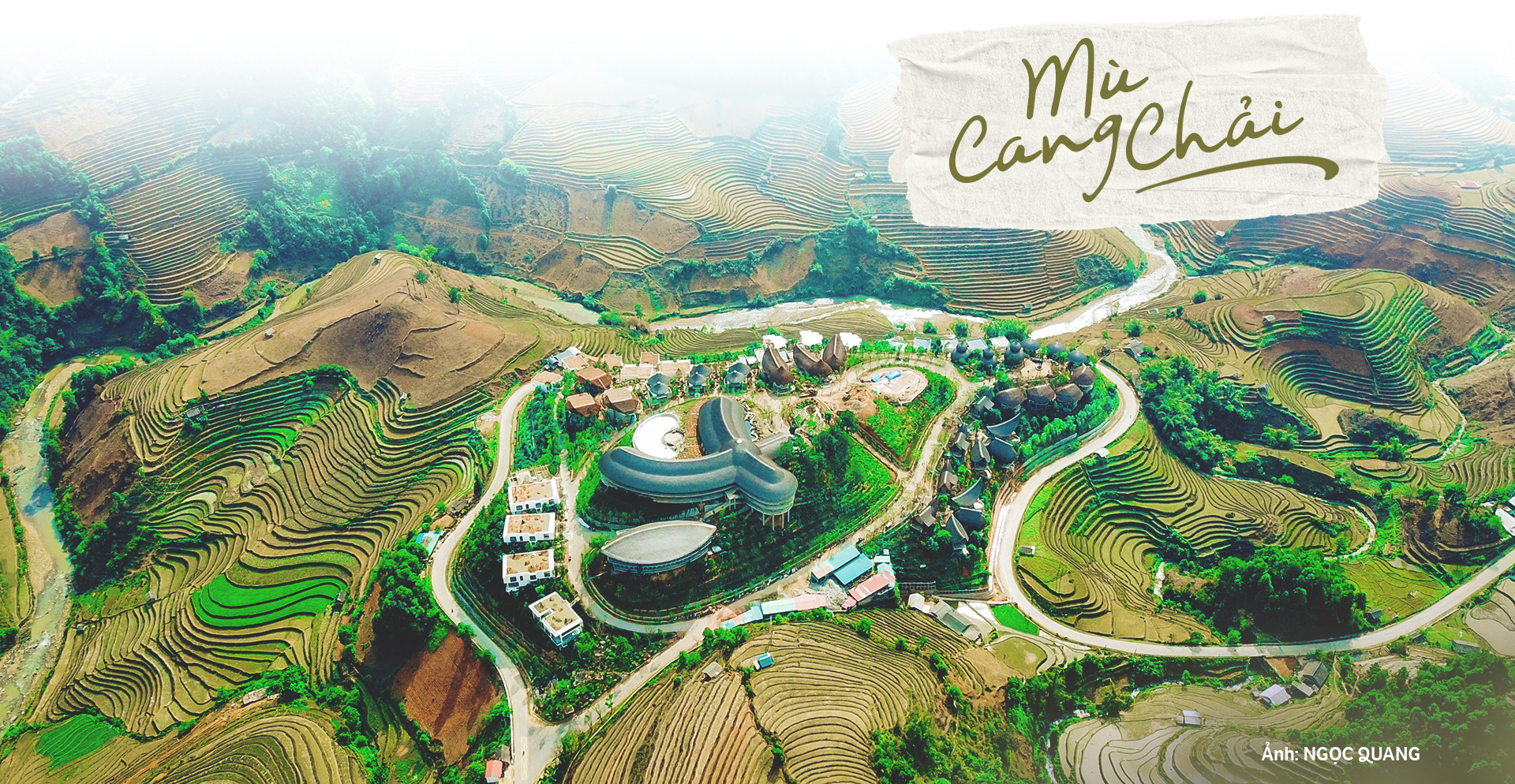 Upcoming tourism hub in northwest Vietnam says no to gentrification

A lovely small town nestled in a faraway edge of the Hoang Lien Son mountain range of northwest Vietnam, Yen Bai Province’s Mu Cang Chai knows what it has to do to draw in travelers without repeating the mass tourism blunders that many neighboring towns went through.

Mu Cang Chai District, where the namesake town is located, is reputed to be one of the poorest areas of Yen Bai, with poor households making up 75 percent of the local populace as of 2015, according to the province’s online information portal.

However, authorities are seeing initial success in their bid to raise local residents’ life quality, as evidenced by the rate of poor households dropping to some 40 percent by 2019.

The town, which is still retaining its age-old charm, has been enlisted in the district’s attempt to bolster the local economy through tourism.

While many tourist attractions in the mountainous areas of northwest Vietnam have surrendered to the modernist vision of developers, which smothered the towns in rows of concrete blocks, Mu Cang Chai seems to have learned the lessons.

Mu Cang Chai District officials have recently pooled ideas and visions of industry experts in a conference on sustainable tourism, hoping to maintain the upkeep of its indigenous cultural heritage and natural landscape while also fostering growth.

The two leaders pointed out the havoc of mass tourism that neighboring towns had to bear, and emphasized that discrete landscapes and cultural featuresthe are the selling points of Mu Cang Chai.

The breathtaking scenery of terraced rice fields, which spread some 7,000 hectares on the district’s land, is also the first thing that visitors to Mu Cang Chai notice when they pass the famous Khau Pha Pass to approach the town.

The terraced fields were officially recognized as a National Cultural Heritage Site by the Vietnamese prime minister in 2019.

The nexus of natural spectacles and man-made alternations, terraced fields in Mu Cang Chai provide the perfect setting for paragliding activities on Khau Pha Pass, which has attracted hordes of daring tourists who seek to get a look of the picturesque valley from above.

The rice fields can only achieve their full allure in two seasons, including the flood season – normally from May to June – when the local terraced paddy fields are filled with water in preparation for a new crop of rice – and the harvest season in September and October.

Mu Cang Chai has a few other tricks in the bag for its vision of sustainable tourism, one of which is the spread of woodlands that cover a whopping 67 percent of the district.

The forest ecosystem extends over 82,000 hectares of Mu Cang Chai soil, including some 20,000 hectares of Che Tao, a community-based conservation area that boasts an incredible diversity of flora and fauna.

Local residents are ever humbled by the abundance with which the woodlands bless them.

They are always in position to exert themselves to preserve it, even if it costs them their lives, as Pham Thi Tien, a late nurse in Pung Luong Commune, did when she tried to curb a forest fire in 1980.

She left behind a son, who was just one month old at the time. His name is Lam, meaning ‘forest’ in Vietnamese.

Forty years later, he has picked up where she left off, dedicating himself to the safety of the woodlands as a forest guard.

The preservation effort from the locals is recognized by authorities, as they keep sustainability at the top of their minds while exploring the full potential in tourism of the area.

One of them is the guest house of Giang A De, a Hmong native in La Pan Tan Commune.

His place, entitled ‘Hello Mu Cang Chai,’ was co-founded by him and his wife, who are both public servants sharing the love for the beauty of their homeland.

The lodge proves a real challenge for visitors as it takes a long walk up a steep slope from the car park to reach the house.

However, the view from the top, with rolling blue mountains and a cerulean sky that spreads to the horizon, is absolutely worth it.

During this low demand period caused by the COVID-19 pandemic, De found time to erect six more bungalows to pre-empt the next tourism season, which is expected to take place in May and June.

Another homestay owner, local reporter Giang A Lu, named his place 'Leu Gio' (Wind Shed). It is located on top of a terraced field, overlooking the magnificent man-made steps as well as natural-born forest.

Over the past years, the construction boom in northwest Vietnam has torn apart multiple local communities to make room for mass tourism facilities.

Mu Cang Chai was left out of the craze as linking roads from central cities to the town were not available at the time.

Now, as investors lay the first bricks on an expressway connecting Hanoi and Mu Cang Chai, which is expected to bring a new wave of tourists to the area, the local leaders have taken a few pre-emptive steps, including urban planning and nature conservation, to avoid turning their home into another cautionary tale of mass tourism.