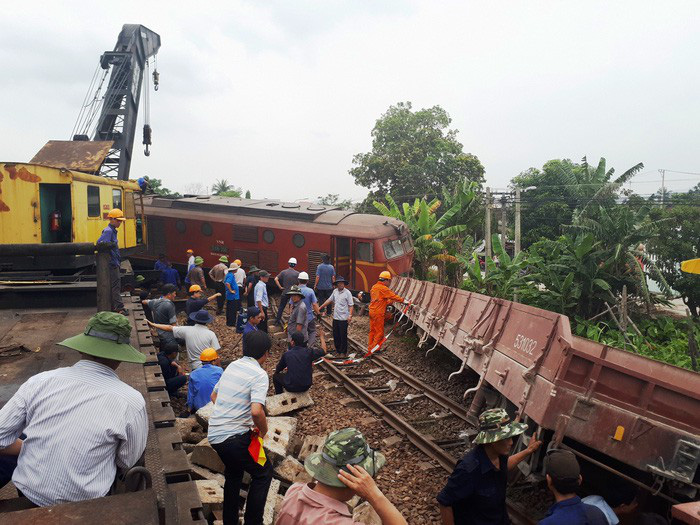 Leaders of Vietnam’s state-owned railway corporation have been ‘seriously criticized’ – one of the lightest punishments in the country’s employment law – for their responsibility for successive serious train accidents that claimed two lives in May.

But the corporation’s disciplinary committee took a vote and decided to impose on them a lighter punishment – ‘severe criticism,’ which is just after the minimum one of ‘criticism.’

VNR’s management board, realizing it was involved in the recent railway accidents, said it would make ‘serious self-criticism’ and ‘learn from the incidents,’ two phrases usually heard when officials admitted wrongdoings in Vietnam.

The penalties were handed out in relation to three high-profile train crashes.

On May 24, a passenger train traveling from Hanoi collided with a truck in the north-central province of Thanh Hoa in the afternoon, killing two people and injuring at least six others.

As a result Le Minh Tuan, board chairman of VNR’s member company in Thanh Hoa, has recently been ‘reprimanded’ while Hoang Gia Khanh, its general director, has received a ‘warning.’

The punishment is subject to modifications as investigators are delving further into the case.

On May 26, another train with a rock-conveying carriage derailed in neighboring Nghe An Province, but no casualties were reported. Two leaders from a Hanoi-based company under VNR have been ‘severely criticized.’

Also on the same day, a freight train slammed into a locomotive which was in charge of moving cars at a station in the central Vietnamese province of Quang Nam, causing many carriages to derail and goods to be thrown off the train.

The directors and deputy directors of the railway and locomotive firms have been subject to a punishment, which is a pay raise delay.