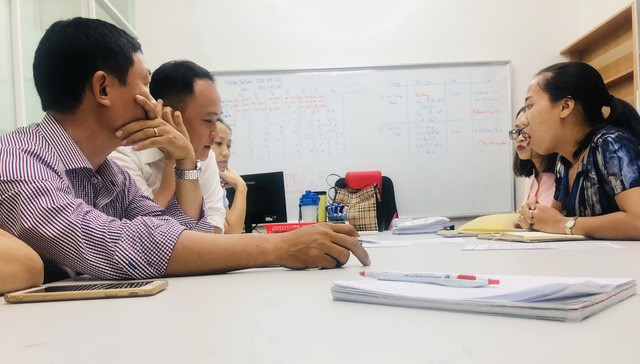 An English center in Vietnam has agreed to refund prepaid tuition after making headlines this week for luring unsuspecting parents into paying five years in advance for a ‘guaranteed score’ on the IELTS exam.

Parents who had previously been denied a refund got what they demanded on Wednesday, one day after a story of underwhelming teaching quality at an English language center in Tan Binh District, Ho Chi Minh City was reported by Tuoi Tre (Youth) newspaper.

The center, which prides itself on offering top-quality IELTS training in Vietnam, promised a guaranteed IELTS band score on the official exam if parents were willing to pay up to five years of tuition fees in advance.

Some parents agreed on a prepayment of over VND123 million (US$5,420) in the hope that their child would achieve a desired score on the English-language proficiency test, an essential component of applying for scholarships to study overseas.

It was only after having signed contracts with the language center that the hopeful parents learned their children were not receiving the top-quality education promised by the English center.

Delayed courses were common, while those who finally were sorted into a course sometimes received only a single worksheet as their instruction for an entire lesson, parents told Tuoi Tre.

Vietnamese teachers were also used in place of native ones, despite a contractual commitment by the center to use only native teachers.

Parents who attempted to terminate their contracts with the center were told by a manager that it was not within her authority to offer a refund.

On Wednesday, however, one of the center's campuses in Ho Chi Minh City informed parents who had demanded the refund that their request had been approved.

Accordingly, the center would proceed with the contract termination and fully refund tuition fees for any courses yet to be taken.